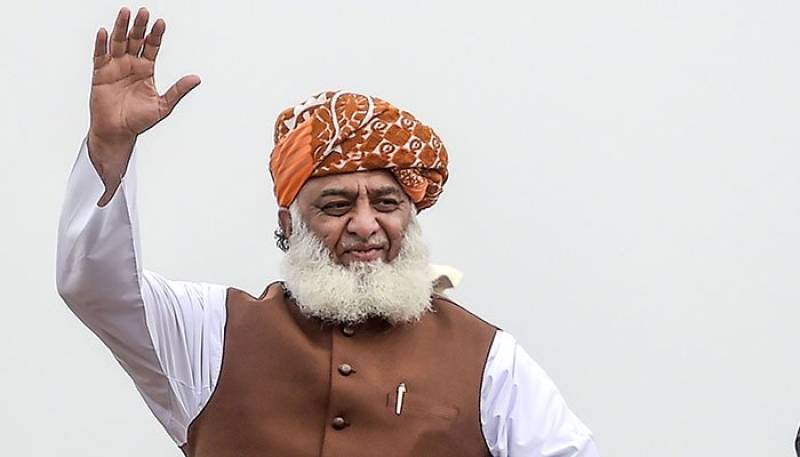 PESHAWAR – The National Accountability Bureau, Khyber Pakhtunkhwa, has summoned to Jamiat Ulema-e-Islam Fazl (JUI-F) head Fazlur Rehman in an inquiry related to allegations of corruption and holding assets beyond means.

In a call-up notice issued under Section 19 of the National Accountability Ordinance, 1999 on Tuesday, the anti-graft buster has directed the accused to appear before the probe team next month to record his statement.

The notice states that an investigation has been launched against ex-MNA Rehman and others "regarding corruption and corrupt practices/accumulation of assets beyond means".

It said the subject inquiry had revealed that Rehman was "in possession of information/evidence whatsover which relates to the commission of [the] said offence".

Failure to comply with the notice may entail penal consequences as per the Schedule of NAO, 1999, the summons said.