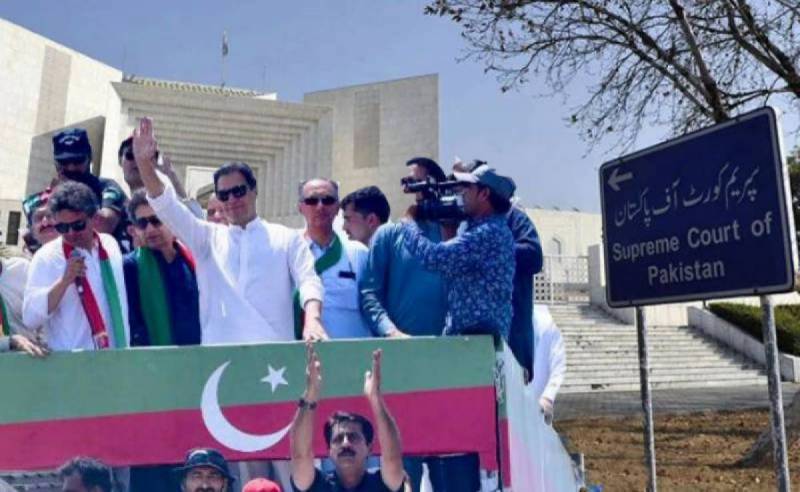 CJP Bandial made the comments during today's hearing as the Imran Khan-led party wants all of the 123 resignations declared approved.

The top judge said the masses elected legislators for five years and the PTI must play its role in the Parliament, adding that floods have displaced millions of people and holding by-elections on 123 seats would cost huge expenses.

He said the centrist political party must not act in haste and the court was offering it another opportunity to reconsider its decision. The court then told PTI legal consultant Faisal Chaudhry to seek fresh instruction from the party.

The by-polls in eight NA constituencies are scheduled to be held on October 16.

ISLAMABAD – Former prime minister Imran Khan Wednesday announced that his party lawmakers are resigning from the ...

ISLAMABAD – The Election Commission of Pakistan (ECP) has announced a new schedule for holding by-elections on ...