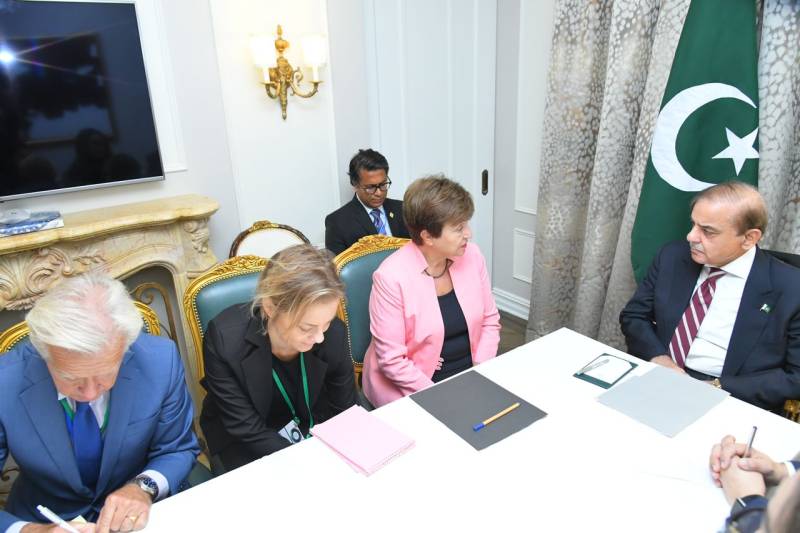 The top financial institution's officials pledged commitment to support the flood-hit nation for rehabilitation and reconstruction of infrastructure.

The premier departed for New York to represent Pakistan at United Nations General Assembly (UNGA) and will address the session, where his speech will focus on challenges faced by South Asian country in wake of the catastrophic floods that wreak havoc across the country.

PM commended World Bank’s partnership with Islamabad and apprised him of the government’s steps to introduce economic policies focused on strengthening the economy, price stability and maintaining the sustainability of the external and fiscal sectors.

Reports claimed that the premier also called for additional investment and financial resources from the world to mitigate the devastating impact of climate change.

He also expressed the World Bank Group’s readiness to support Pakistan in its reconstruction and rehabilitation endeavors and committed to repurposing $850 million immediately to help Pakistan with its flood relief efforts.

WASHINGTON – International Monetary Fund (IMF) on Monday approved the bailout package for Pakistan, in a massive ...

The two sides also agreed to continue working together to strengthen governance and service delivery in Pakistan through institutional reforms.

KARACHI – Hollywood star and humanitarian Angelina Jolie, who visited Pakistan to draw global attention to the ...