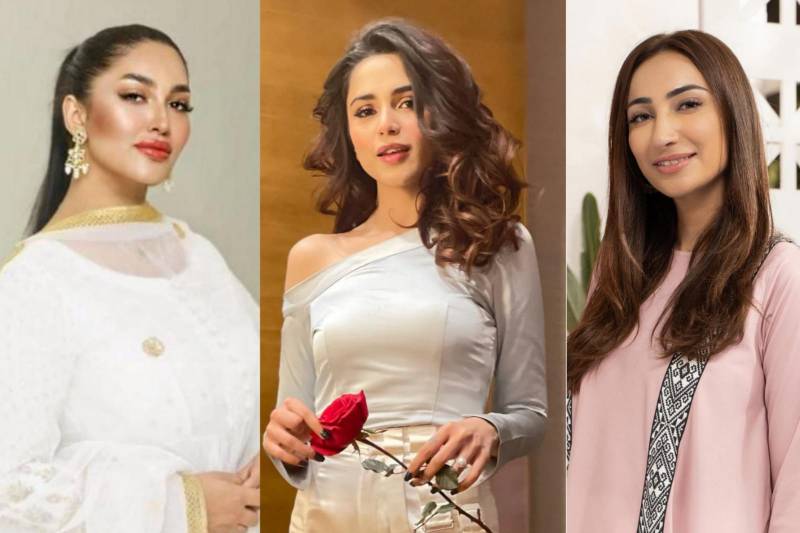 The hot topic for the Pakistani media, especially social and digital, is taking a new turn every day. As the controversy continues to intensify, some Pakistani celebrities openly supported the ex-couple and requested the netizens not to poke their noses into their affair.

The controversy started when the Baazi singer broke her silence about her separation with Shigri. Mathira addressed the Rent Free singer and stated, “I’m so sorry, Aima Baig, for what people have made you go through. It is disgusting how people jump and make a tamasha spectacle of someone’s personal life.”

Going ballistics at netizens' unsolicited opinions at the expense of Shigri and Baig's mental health, Mathira added, “What you all are talking about is not funny, being a celeb does not mean people don’t have a personal life.”

“Everyone please give Aima and Shahbaz a break. It’s their personal matter, it’s weird how that girl accused her guy then they were both sitting and recording the call! All I think that they wanted was fame and drama. People need to chill out. Stop putting people’s mental health at stake.”

She stated, “Just saddened to see someone’s private matter go public in such terrible taste. No one needed to hear any of this. Two people decided it wasn’t working out — that’s that.”

Popular musician Haadi Uppal also questioned the authenticity of the allegations as there was no proof. Uppal said, “After years of hard work and perseverance, this is how we treat our celebrities without even checking facts?! There are sane people out there who are really concerned for you Aima Baig! I’m extremely sorry you’ve had to go through this and can’t even imagine the kind of head-space you’d be in!”

For the unversed, Baig announced her separation from Shigri on Instagram in a lengthy statement but deleted it later. In the following days, netizens went perplexed and shocked to learn of allegations made by Mair who accused Baig of cheating with her ex-boyfriend, photographer Qes Ahmed.

Baig called the situation “straight up bullying and targeting people,” while Shigri has yet to comment.

The internet is blazing with opinions, backlash, and trolling since yesterday as Pakistan's leading singer Aima Baig ...