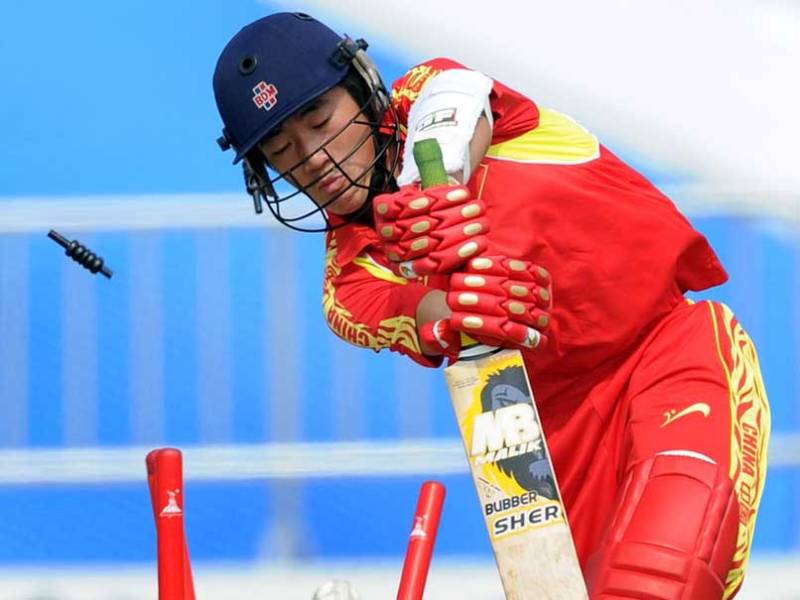 Saudi Arabia piled up 418 off 50 overs before China's outclassed batsmen collapsed to just 28 all out in 12.4 overs with 'extras' the top scorer on 13.

Shahbaz Rasheed made a run a ball fifty and Mohammad Afzal completed a 100 from 91 balls with 13 fours and two sixes but the real fireworks came from captain Shoaib Ali who took only 24 balls to reach his fifty and was dismissed for 91 from just 41 balls with 10 fours and six sixes.

A total of 418 all out in 50 overs is a rare event and Feng Yu had the remarkable figures of 5 for 89 in 10 overs as China took the last five wickets for just 20 runs.

Leg-spinner Imran Arif claimed three wickets for just two runs as he took two wickets in two balls in his fourth over, then next over off-spinner Shahbaz Rasheed finished the match off with a hat-trick as three Chinese tail-enders were beaten for pace and were all comprehensively bowled.

Saudi Arabia has made an impressive start to the tournament as it looks to gain promotion to WCL Division 5 but there will be sterner tests ahead against stronger teams.

The paltry total was seven runs worse than the record for a full one-day international of 35 made by Zimbabwe against Sri Lanka in 2004.