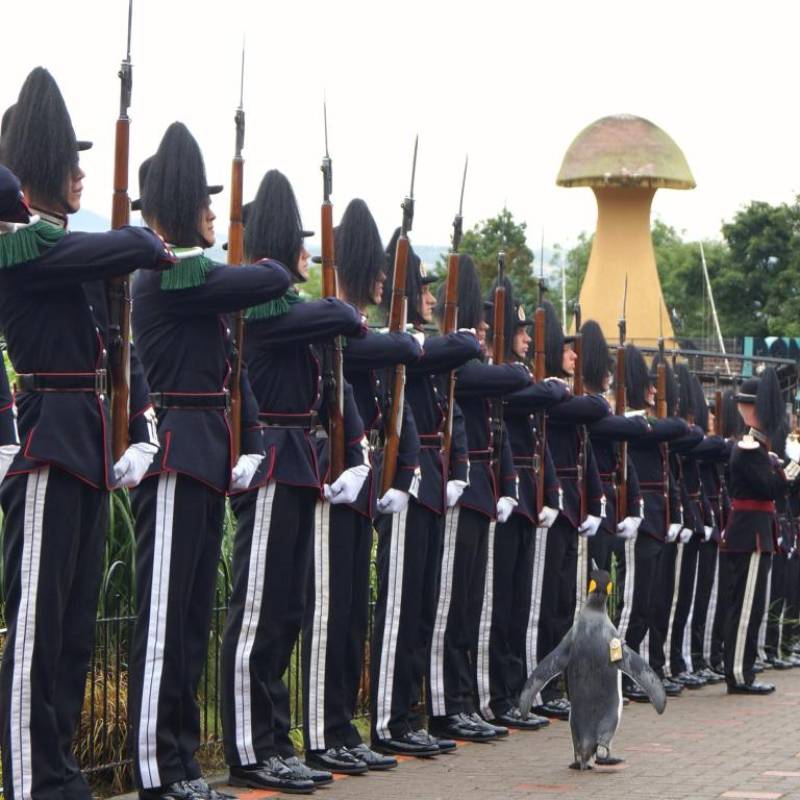 EDINBURGH (Web Desk) - In a strikingly bizarre move, a penguin in Edinburgh Zoo has been promoted to the rank of Brigadier by the King of Norway's Guard.

Nils Olav, dubbed the most famous penguin in the world, has been given the honour in a special ceremony with 50 uniformed members of the Norweigan Guard.

The tradition started when the Norweigan King Guard visited Edinburgh in 1961. One of the lieutenants, Nils Egelien, was fascinated with the penguin colony so when they returned 10 years later he arranged for the unit to adopt a penguin. The penguin was named after Egelian and the King of Norway at the time King Olav.