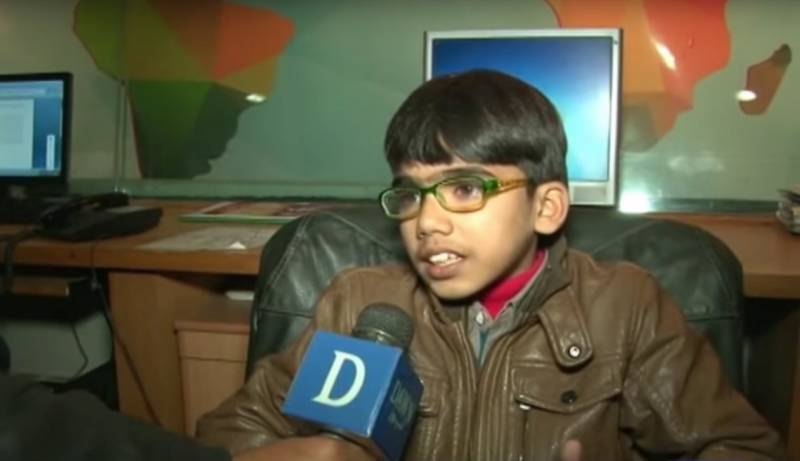 Eleven-year-old Mohammad Sabeel Haider, through his father, has sued officials at the President House at the Islamabad High Court for plagiarising and using his speech without his consent.

Sabeel, who is a sixth-grader and studies in Islamabad Model College for Boys, was chosen to deliver a speech at the President House in Islamabad on Dec 22.

The ceremony was recorded and is supposed to be aired on Pakistan Television on Dec 25, marking the 141st birth anniversary of Quaid-e-Azam Mohammad Ali Jinnah. However, he was later informed that he will no longer be delivering the speech.

In his application, he appealed to the high court that the act by the Secretary President House should be declared illegal and the speech should be stopped from going on-air on national television.

Sabeel further said that he even missed two of his exams for the sake of the speech. He stated in his application that the move by the President House was completely unfair.

The IHC reserved the judgment regarding the plea after hearing arguments.