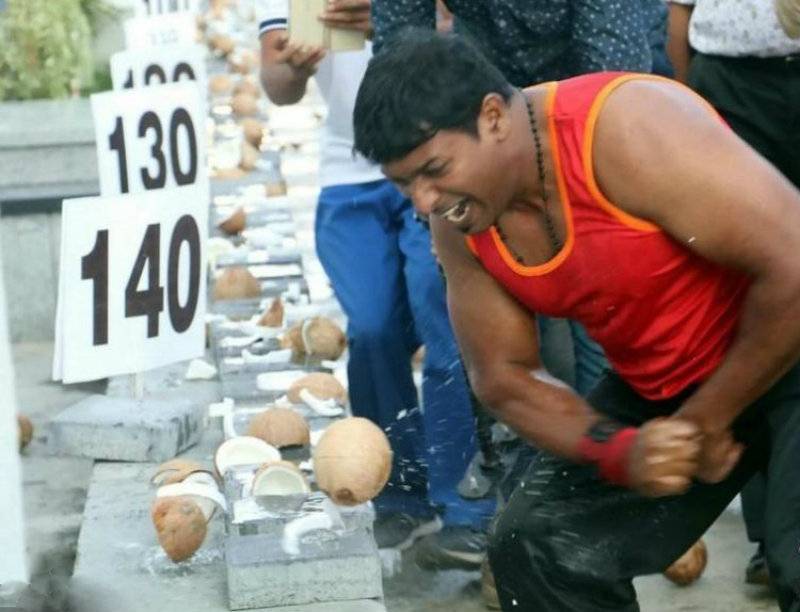 SOBHA CITY, Kerala - A man from southern India has smashed 124 coconuts in under a minute in an attempt to set a new world record.

Abeesh Domanic, 25, took on 145 coconuts in less than 50 seconds but not all were fully smashed resulting in a reduced tally.

However, Domanic’s powerful display amazed the onlookers at Sobha City in Kerala state.

Domanic has broken records using his hands of steel in the past too - he has smashed hockey helmets with his fists. He also pulled a bus for 50 meters using only his teeth.

The previous record was set by Germany’s Muhamed Kahrimanovic who smashed 118 coconuts in 2013.

However, his technique was different to Domanic as it involved a controversial two-fisted technique.

Two months ago, Pakistan’s Rashid Naseem secured his place in the Guinness Book of Records after breaking 43 coconuts in a minute using his head. 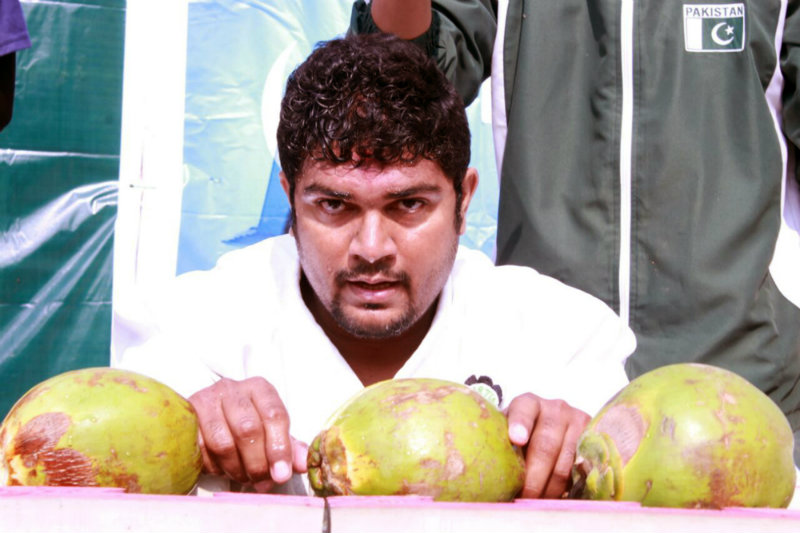