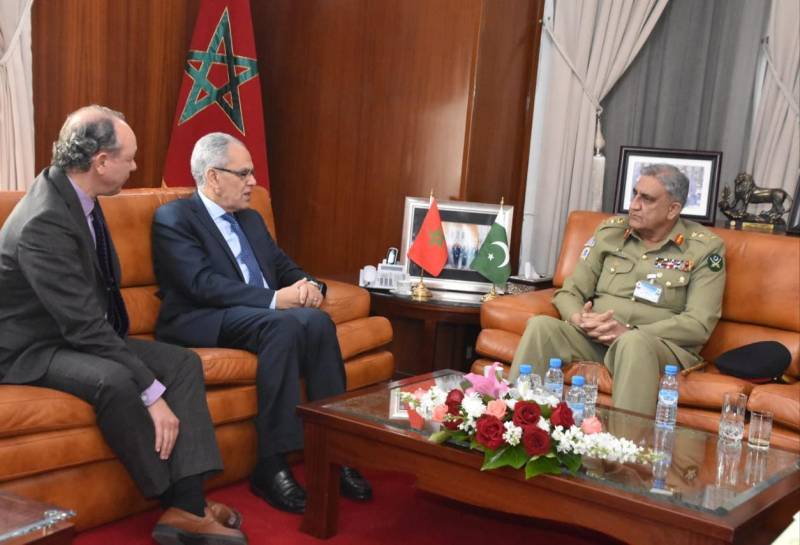 RAWALPINDI - Chief of Army Staff General Qamar Javed Bajwa visited Morocco on an official visit for four days where he vowed to support the Muslim country in every difficult time. .

COAS called on His Excellency Abdellatif Loudiyi, Minister Delegate to the Head of Government in Charge of the Administration of National Defence & General Abdelfattah Lourak, Inspector General of Royal Armed Forces, said ISPR.

They agreed upon the tremendous potential for cooperation in multiple fields including security cooperation, joint training & counter terrorism domain.

COAS said that Pakistan has and will always stand with Morocco even in most difficult times.

Later, COAS visited Royal College of Higher Military Education and shared his views on “Emerging Security Environment and its Challenges, Security situation in the region and Pakistan’s contributions in war against terrorism”.

COAS said that Pakistan being the front line country against terrorism, gave sacrifices & contributions against the global menace for a peaceful region and world.