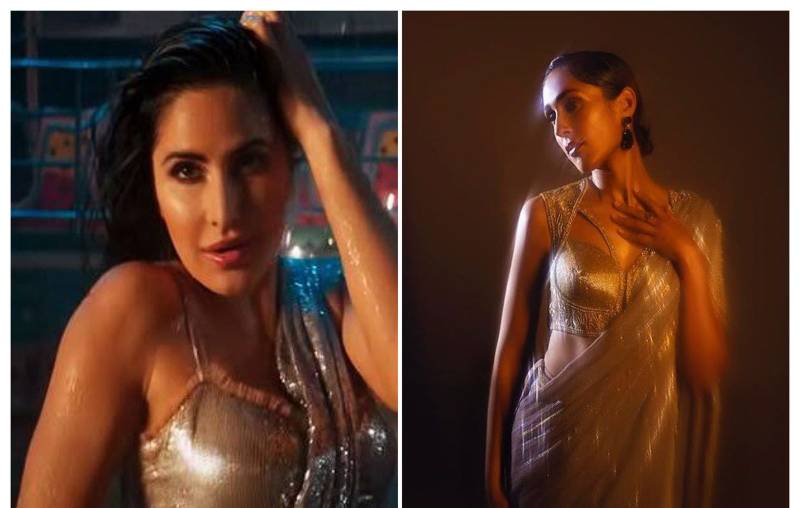 The Dil Banjaara actor was dressed to the nines in a dazzling saree, which led fans to draw a comparison between her and Kaif’s look from Bollywood's sizzling dance number 'Tip Tip Barsa Pani'.

Dubbed as Katrina Kaif's doppelganger, Sethi's latest photos stormed the internet due to her captivating wardrobe choices and sultry poses.

Wreaking havoc online, the 35-year-old actor's bombshell shots were quick to garner praise and compliments from friends and fans.

Back in 2021, The Tiger Zinda Hai star appeared in the recreation of Bollywood actress Raveena Tandon’s hit song in her film Sooryavanshi.

On the professional front, Sethi was lauded for her performance in popular Ramadan play Chupke Chupke co-starring Ayeza Khan, Osman Khalid Butt and many more.