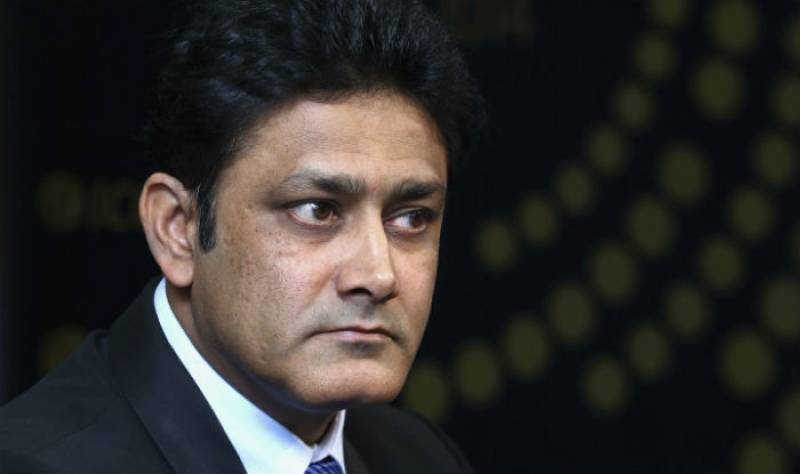 NEW DELHI (Web Desk) – Anil Kumble, former India spinner, has been appointed as head coach of the national side for one year.

Addressing a press conference on Thursday in Dharamsala, Board of Control for Cricket in India (BCCI) President Anurag Thakur congratulated Anil Kumble on his appointment as head coach.

The appointment of bowling, batting and assistant coaches will be done soon, he added.

Kumble was among 57 candidates who applied for the position advertised by the BCCI earlier this month. He was included in the shortlist of 21 names, and, on Thursday, he interviewed with the cricket advisory committee in Kolkatta. The committee consists of former India players Sourav Ganguly, VVS Laxman and Sachin Tendulkar and the former BCCI secretary Sanjay Jagdale, who acts as the committee's chief coordinator.

Kumble is the first Indian to be appointed full-time India coach since Kapil Dev resigned in September 2000.