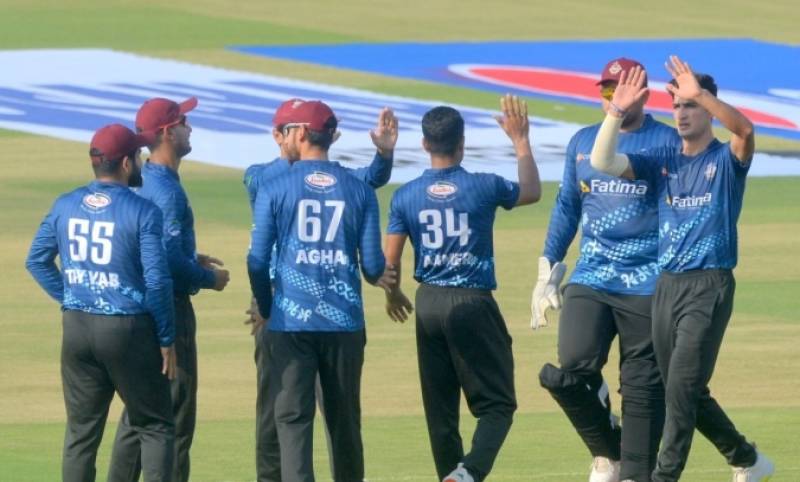 LAHORE – After failing to record a win in the first six matches, ATF Southern Punjab won their second match on trot as they handed Home City Central Punjab a six-wicket defeat at the Gaddafi Stadium on Thursday.

That Southern Punjab overhauled the target of 155 with an over spare was due to excellent half-centuries by Tayyab Tahir and Khushdil Shah.

It was the fifth over which set the momentum for the run chase when Hasan Ali, the Central Punjab captain, was smashed for four fours in an over, which brought 19 runs. Mohammad Imran, who made 24 off 17 and was dismissed in the ninth over, hit three of those.

Tayyab and Khushdil denied Central Punjab bowlers any further breakthroughs and they went on to stitch 92-run stand before the former was dismissed in the penultimate over. Tayyab’s 68, included eight fours and two sixes, while Khushdil was unbeaten on 51 off 36 (eight fours).

Southern Punjab were 67 for three after 10 overs. The match was defined in the next five overs as they brought 54 runs.

It was Hussain Talat’s second half-century in as many matches that dragged Central Punjab to 154 after they were asked to bat first. Hussain staged a brilliant recovery with a carefully crafted 68 off 47 – which went down as his third score of 50-plus in the tournament.

Hussain, however, put the pressure back on the Southern Punjab bowlers as he smoked Zia-ul-Haq, who later turned out to be the most successful bowler in the innings, for three fours in the last powerplay over.

Hussain, who smashed a total of six fours and three sixes, would hit Hassan Khan, the left-arm orthodox, for two consecutive maximums in the ninth over, but the tide turned once again in the 14th over when Zia sent Shoaib Malik (26 off 24) and Qasim Akram packing in consecutive balls.

Shoaib’s dismissal brought an end to a 98-run stand. Hussain was dismissed by pacer Mohammad Imran in the next over and no other batter made any notable contribution from there on.

Zia’s next two victims were Faheem Ashraf (three off four) and Wahab Riaz (four off six) as the left-arm pacer finished with the figures of four for 40.

Last five overs brought only 28 runs at the loss of three wickets for Central Punjab.

Central Punjab thrashed Sindh by eight wickets in the 19th match of the National T20 Cup at Gaddafi Stadium on ...