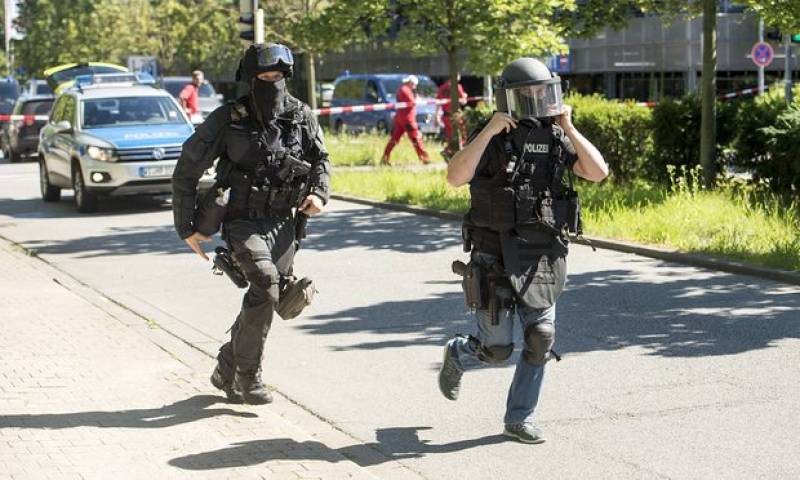 BERLIN (Web Desk) - An armed man has reportedly been gunned down by German police after storming a cinema complex in Viernheim on Thursday.

According to international media, the shooter entered the cinema wearing a mask and carrying a gun.

The motive of the gunman is so far unclear.

#Viernheim: no victims have been confirmed yet, the suspect has entered the building at around 3 p.m local time

German media reported that at least fifty people were critically wounded in the gunfire.

The cinema is part of a major shopping center and home to more than 100 businesses. 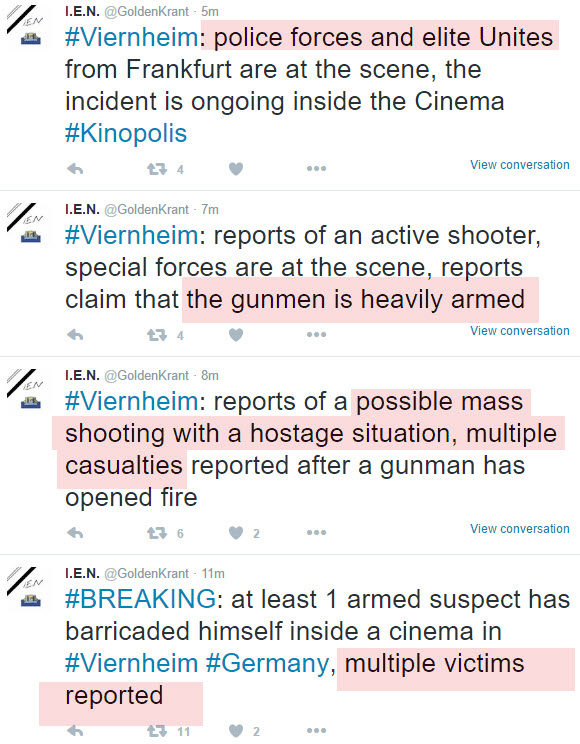 In 2009, a gunman dressed in military gear killed 15 people in a rampage that started at a school and spanned two small towns near Stuttgart.