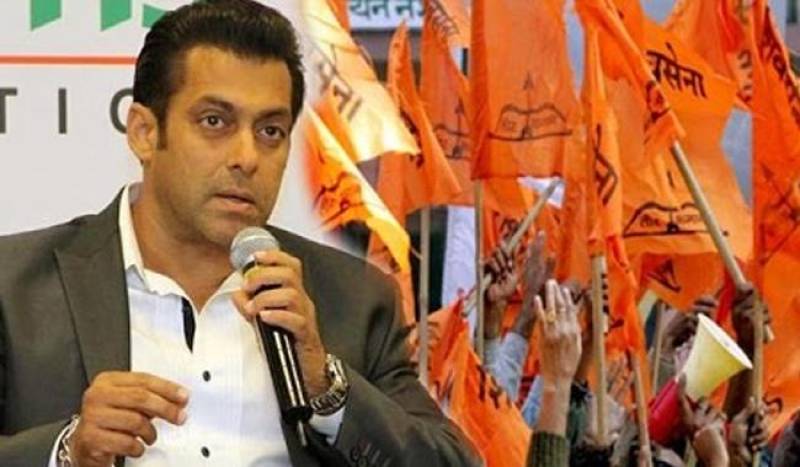 MUMBAI (Web Desk) - After censuring Bollywood actors Amir Khan and Shah Rukh Khan earlier, right-wing Hindu-nationalist party Shiv Sena on Thursday lashed out against Salman Khan for the controversial comments he made while describing the process of shooting for his upcoming film "Sultan".

The actor's recently sparked an uproar throughout India after saying that he felt like a 'raped woman' every time he stepped out of the ring during shoots for his traditional wrestling-themed movie.

According to Indian Express, Shiv Sena spokesperson Manisha Kayande said: "I have not seen a celebrity who can get more shameless than Salman Khan. He has a destructive nature from the beginning. He shoots endangered animals, kills people living on footpaths and now this [remark on rape]. People still, ironically, consider him a hero."

Kayande also called for all film directors to boycott Khan till he issued an apology. "All directors respecting women should boycott him until he apologizes for his remarks. Even people should stop watching his films," she said.

A couple of days after Salman's brash comment, his father Salim Khan apologized on his son's behalf, adding that the Dabang actor's intentions were not wrong.

Salman Khan plays a wrestler in Sultan, which is scheduled to hit theaters around the world on Eid day.