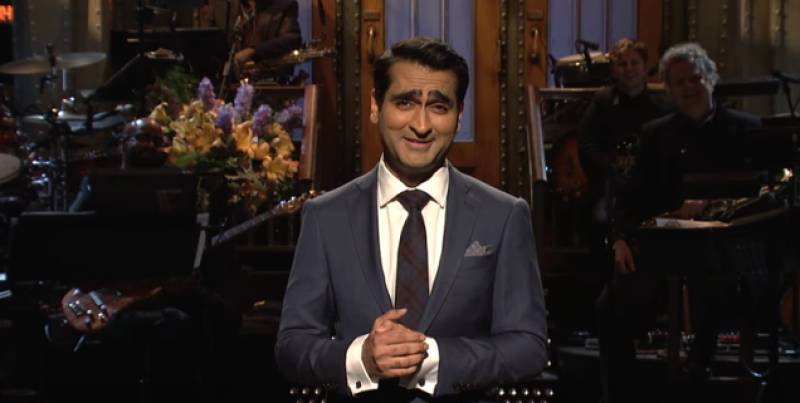 Pakistani-American comedian and actor Kumail Nanjiani had the audience in his grasp throughout on SNL. In his first ever hosting gig on Saturday Night Live, Kumail  touched the topic of racism and Islamophobia with hilarity andlight jabbing. Kumail followed up with the topics in a delightfully odd manner, with powerful messages to deliver.

“I’m so excited to be here,” the actor said. “I remember since I was a little kid in Pakistan, Saturday night my whole family would sit together and watch Star Trek. We didn’t get Saturday Night Live.”

“I came to America, fell in love with a white woman and made a movie about it,” he said in his monologue about his movie 'The Big Sick' (inspired his his real life wife Emily V), before detailing the racist reviews he received.

“My problem with most racism is the inaccuracy,” he said when he told the audience of the racism he had received for his movie. "A lot of people were like, ‘Go back to India,'” "I said, “I’ve never been to India. Are you just hoping I’ll have an awesome vacation soon?”

Kumail also commented on rise of Islamophobia. “Islamophobia is on the rise. It’s like Will & Grace,” as he made a reference to the sitcom making a return on SNL’s home network. “It was huge awhile ago, we thought it was gone and done forever and now it’s back!”

With Kumail's mind-blowing performance, the show has has aptly got highest ratings of the season so far.