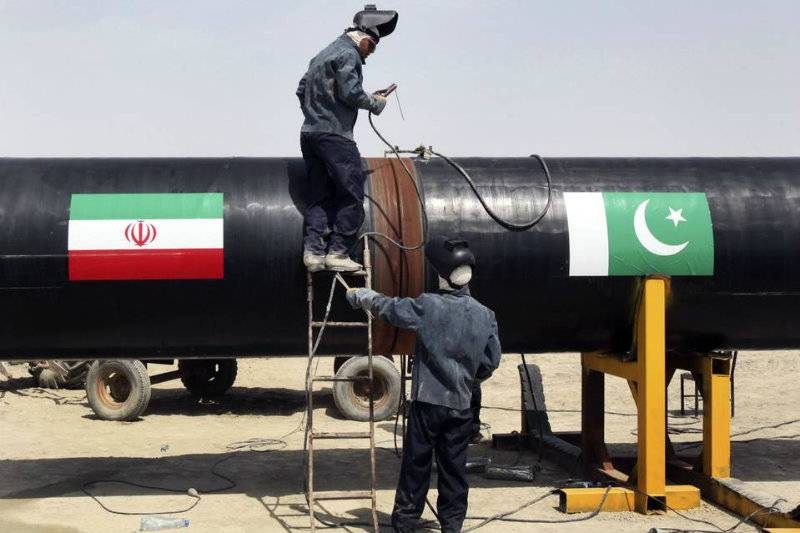 ISLAMABAD (Web desk) - Iranian Ambassador to Pakistan Mehdi Honardost has announced that Iran can start supplying gas to Pakistan by the end of next year.

Addressing a ceremony held by the Pak-Iran Chamber of Commerce a few days ago, the Iranian envoy said that Tehran and Islamabad have been in negotiations over the gas pipeline project. “After spending two billion dollars, we have completed our part of the project by constructing the pipeline along Pak-Iran border,” he said, adding that talks were also underway between the two countries to discuss the possibility of exporting Iranian electricity to Pakistan.

Islamabad is hopeful of reviving a stalled gas pipeline project connecting Iran to energy-starved Pakistan, following the signing of a historic nuclear deal between Tehran and world powers last year.

Launched in 2010, the project envisages the creation of 1,800 kilometre pipeline from Iran to Pakistan, which has for years been blighted by an energy crisis that has stunted its economic growth.

Iran completed its part of the project in 2013, but Pakistan put construction on hold citing US and European sanctions on Tehran linked to its nuclear program. The International Atomic Energy Agency is set to verify Iran has implemented its commitments in December, paving the way for sanctions to be lifted from the start of next year.

Pakistan's key ally China is also financing the construction of a gas pipeline from the southern town of Nawabshah to the deep-water port of Gwadar, not far from Iran.

Once that is built, Pakistan will “only have to build another 80 kilometres” of pipeline to link up to Iran, and could eventually extend the project as far as its northern border with China, according to Pakistan petroleum minister Shahid Khaqan Abbasi.

During Wednesday's gathering, Honardoost highlighted the strong and brotherly relations between the two Islamic nations. However, he said there was still huge trade gap between the two neighbors which could be filled in the coming years.

Urging more trade, the Iranian ambassador held that the volume of trade between Pakistan and Iran could reach up to US$5 billion, provided the government and private sector take responsibility for expanding it.