Benazir Bhutto’s niece ties the knot with a Brit 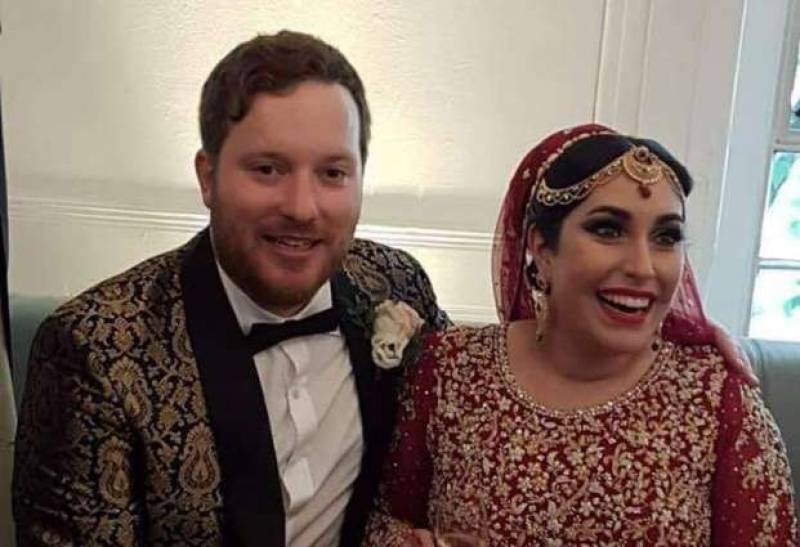 LONDON - The daughter of Sanam Bhutto - former Pakistani premier's only surviving sibling - tied the knot with a Britisher in London on Saturday.

Azadeh Hussain was seen in a traditional red attire posing for pictures alongside her groom, who also donned a White shirt and a black blazer.

The event was a private gathering where Pakistan Peoples Party Chairman Bilawal Bhutto Zardari also turned up, however, Nasir Hussain, the father of the bride was not seen in the pictures uploaded on the internet.

The identity of the groom has not been revealed officially, however, some social media users claim he is an actor and a Jew by faith.

Interestingly, social media buffs did not overlook the uncanny resemblance of Azadeh Hussain with her slain aunt on the wedding day. Besides Azadeh, Sanam Bhutto has also a son named Shahmir.

To attend the nuptial ceremony, Bilawal arrived in the British capital city last Friday and it was expected he will pay a visit to the Harley Clinic where cancer-suffering  Begum Kulsoom Nawaz is admitted but he sent his best wishes on social media and didn’t visit the facility.

A well-placed source revealed that the PPP Chairman was not given the security clearance for the visit.