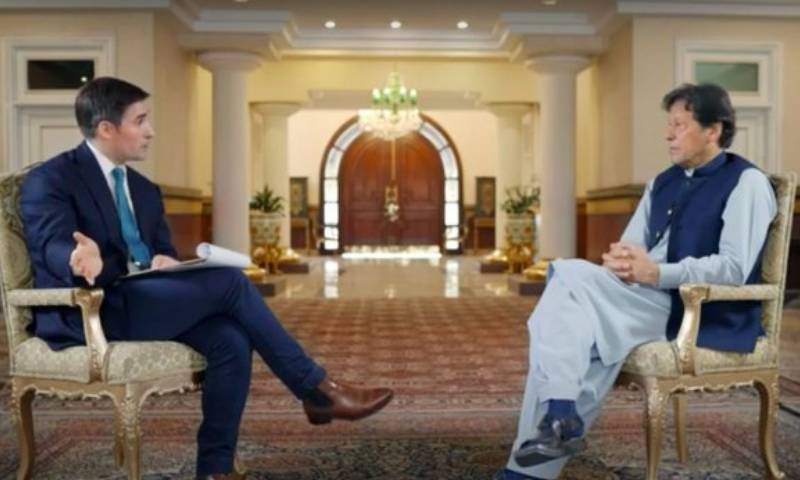 The PTI-led government has decided to approach the management of United States TV HBO Axios for editing part of PM Imran Khan’s interview in which he had talked about sexual abuse.

According to details, HBO edited PM Imran’s interview – especially a part of his interview in which he voiced his thoughts on the rising sexual violence in the country.

The prime minister’s statement about the situation in India caused by Hindutva was also censored by Axios on HBO.

Prime Minister Office (PMO) yesterday released its own footage of PM Imran’s full interview in which the prime minister gave a detailed narrative and solutions to tackle the rising sexual violence.

In an interview with a US TV HBO Axios, Prime Minister (PM) Imran Khan had said Pakistan would not allow the United States (US) to use its bases for cross-border military actions after American forces’ withdrawal from Afghanistan.

When asked if Islamabad would allow the Central Intelligence Agency (CIA) to conduct cross-border counter-terrorism missions in Afghanistan, he replied: “Absolutely not.”

He had said that more than 70,000 Pakistanis were martyred during the war against terror after 9/11 attacks. “Islamabad is not interested to become part of any other conflict.”