Coronavirus: DG ISPR urges Pakistanis to unite against a danger 'never seen in our lifetimes'

So far, at least 875 people have been infected from COVID-19 and at least six people dead across the country 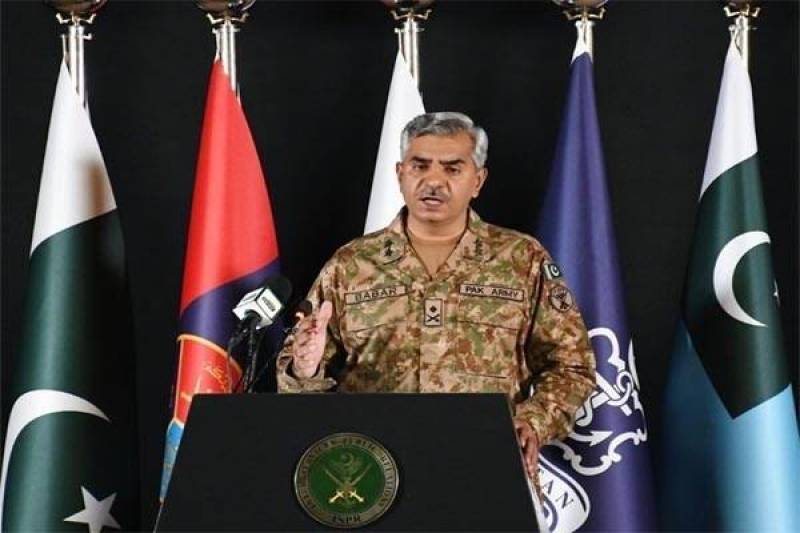 RAWALPINDI – Director General Inter Services Public Relations, Major General Babar Iftikhar has urged the nation to stand united against the threat of coronavirus like it did in 1940 for the creation of a separate homeland for Muslims.

In a media briefing in Rawalpindi Monday evening, the Army spokesman said Pakistan is facing a danger “we have never seen in our lifetimes.”

The aim of briefing was to apprise the country's citizens of the military's efforts in the war against COVID-19, which has so far infected 875 people and left at least six people dead.

"First of all, I wish all citizens and Pakistanis living anywhere abroad on the Pakistan Day," Maj Gen Iftikhar said. "80 years ago, our ancestors set up their goal and, in a united manner, made the impossible possible.

"Today is the day to honour and remember all those great people, for an independent nation and the two-nation theory, the truth of which still dawns on everyone today," he added.

"Today, it's March 23 again. And today, our ancestors' heirs face a new challenge, an evil that has taken over the entire world. So much so that even the developed nations seem powerless against COVID-19," the DG ISPR said.

Maj-Gen Babar Iftikhar said in these circumstances, the full trust of people on state can help get out of this situation.

“Armed forces are fully aware of their responsibility and will use all resources at their disposal in these challenging times,” the DG ISPR said, adding that Chief of Army Staff General Qamar Javed Bajwa has directed to employ all medical and other resources of the army in overcoming the threat of coronavirus.

He went on to add that “Today is also a day to remember our Kashmiri brothers and sisters, who, despite being helpless in the face of the worst state-sanctioned terrorism and this natural disaster, are an example of resistance in their fight for the right to self-determination.

"People of the occupied Kashmir will be successful in their struggle," the army spokesperson added.

Earlier today, the Federal Government authorised Pakistan Army to assist the civil administration across the country in view of the prevalent situation due to coronavirus pandemic.

In a notification, the Interior Ministry said the authorisation has been granted under article 245 of the Constitution and Section 131-A of CrPC 1898.

The authorisation has also been made in response to separate requests made by Islamabad administration, Punjab, Sindh, Khyber Pakhtunkhwa, Balochistan, Azad Kashmir and Gilgit-Baltistan governments.