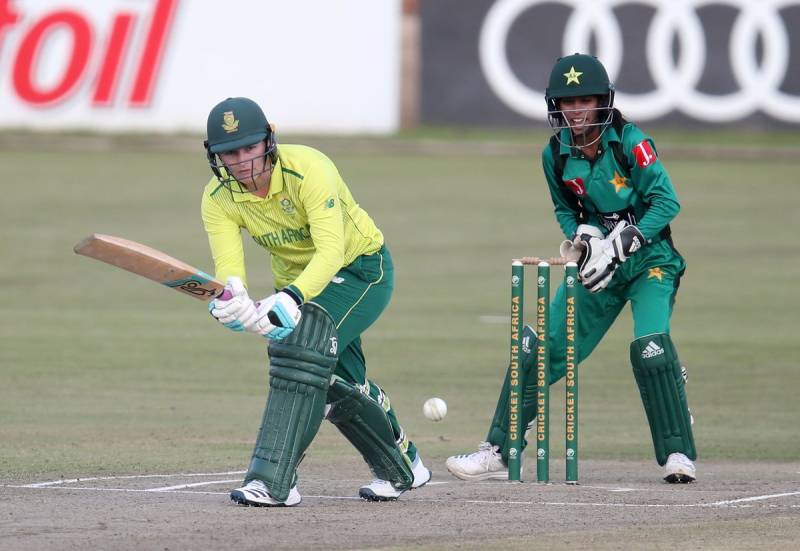 CAPE TOWN – Opener Lizelle Lee smashed her second consecutive half-century to power the Proteas Women to a comfortable nine-wicket win over Pakistan on Thursday, which saw the hosts clinch the T20 International series 3-2.

Lee had hit a quick-fire 60 off 31 balls on Wednesday to help South Africa level the series 2-2 at Willowmoore Park in Benoni.

And on Thursday at the same venue, the hard-hitting right-hander produced the goods once more, after the visitors could only muster 125/5 in their 20 overs.

The Proteas struck regularly, not allowing their opponents to get away as Tumi Sekhukhune (1/19), Moseline Daniels (1/25) De Klerk (1/10) and Sune Luus (1/22) were all amongst the wickets.

Player of the Series Nida Dar top-scored with 28 and was one of four players from the Asian side to reach the 20s – the others being captain Bismah Mahroof (23), Aliya Riaz (26 not out) and Javeria Khan (20).

But no one kicked on and that ultimately proved detrimental to Pakistan, whose modest total was no match for the home side.

GAUTENG – South Africa women beat Pakistan women by four wickets in the fourth T20I to level the five-match series at ...

Even though the home side lost Tazmin Brits (9) cheaply, Player of the Match Lee’s life-time best score that surpassed her previous high of 69 unbeaten against England at Johannesburg in 2016, was enough to hand the Proteas victory.