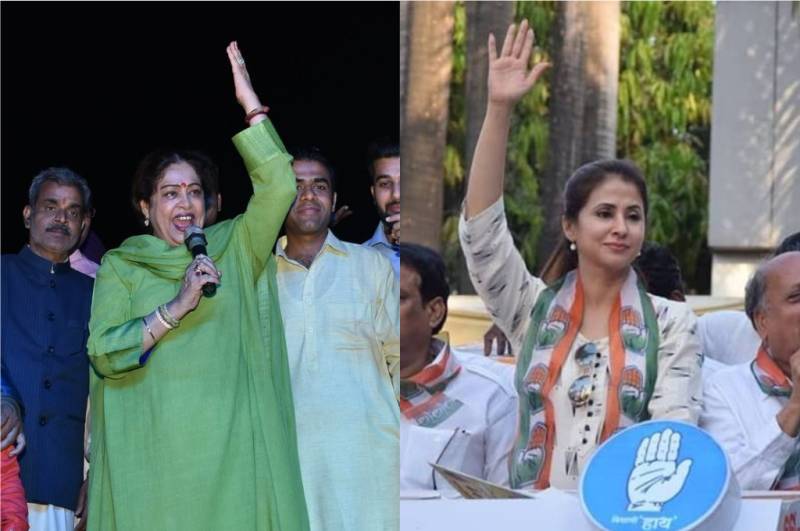 NEW DELHI - Bollywood celebrities have long been integral to Indian politics, making their presence felt both as campaigners and candidates.

Here’s a list of Bollywood celebrities who’ve opted to move from entertaining people to work towards the welfare of Indian people in the year 2019:

Hema Malini: Bollywood’s Dreamgirl has been making headlines with her political gimmicks in her Lok Sabha constituency, Mathura – of which she is, at present, the incumbent MP, representing Bharatiya Janata Party.

Urmila Matondkar: The Rangeela actress is all set contest this year’s Lok Sabha polls in Mumbai North – spanning Malad to Dahisar. Urmila, who is representing the Indian National Congress.

Shatrughan Sinha: The Dostana actor has been a member of the Lok Sabha since 2009. The actor shifted from Bharatiya Janata Party to Indian National Congress shortly before the Lok Sabha polls of 2019 that began on April 11.

Smriti Irani Amethi: Smriti Irani started her career with television and is also a former model. She made her foray into politics in 2003 when she joined the BJP. In 2011 she was sworn in as a Rajya Sabha member from Gujarat. In 2014, she took on Rahul Gandhi in Amethi constituency and lost.

Kirron Kher: From being the iconic Maa of present Bollywood to judging reality shows to now contesting the Lok Saba polls – Kirron Kher has been politically active for almost a decade now.

Prakash Raj: Actor-activist Prakash Raj, who had on January 1 announced he will enter politics, said he will contest the 2019 general elections from Bengaluru Central as an independent candidate.

Nusrat Jahan: Nusrat Jahan is a model and a prominent actor in the Bengali film industry. She joined the Trinamool Congress (TMC) this year and contested from Basirhat in West Bengal where took on Pallab Sengupta of CPI, Qazi Abdur Rahim of Congress, and Sayantan Basu of the BJP.