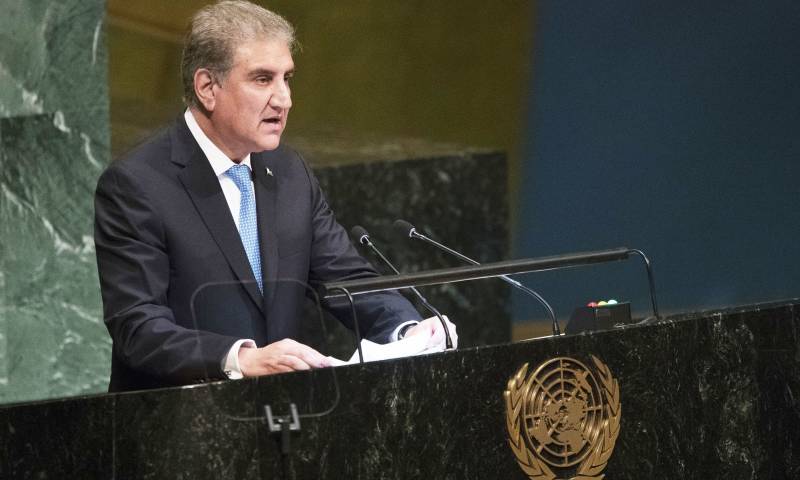 According to the Foreign Office spokesperson, Qureshi attended a special meeting of the United Nations General Assembly on Palestine and held meetings with his counterparts from other countries of the world during this visit.

On arrival in Islamabad after completion of New York visit, Qureshi received a hero's welcome at the airport in the federal capital.

Qureshi had reached New York from Turkey on May 19 along with the foreign ministers of Palestine, Turkey and Tunisia. After his arrival, he hosted a dinner for the foreign ministers and representatives of the OIC countries. At the dinner, the participants discussed ways to stop Israeli aggression against innocent civilians in occupied Palestinian territories, ahead of the UN General Assembly's special meeting on the Gaza crisis.

On May 20, the Pakistani foreign minister addressed the special meeting of the UN General Assembly and expressed Pakistan's deep anguish and strong outrage against the Israeli provocative action at Al-Aqsa Mosque and indiscriminate and disproportionate use of force by the Israeli occupation forces against Palestinian civilians.

He urged the international community, in particular the UN Security Council, to halt the Israeli aggression and mobilise all possible humanitarian help, including medical supplies, to deal with the grave humanitarian situation in Gaza and other parts of the occupied Palestinian territories. He also urged the UN secretary general to launch a humanitarian assistance plan to help the Palestinians.

In his address, the foreign minister called upon the UN General Assembly to take concrete steps to protect the Palestinians, especially through deployment of an international protection force, and hold Israel accountable for its crimes against humanity. He called for establishment of a viable, independent and contiguous Palestinian State with pre-1967 borders, with Al-Quds Al-Sharif as its capital.

ISLAMABAD – Palestinian ambassador to Pakistan Ahmed Rabei has expressed his gratitude to the people and ...