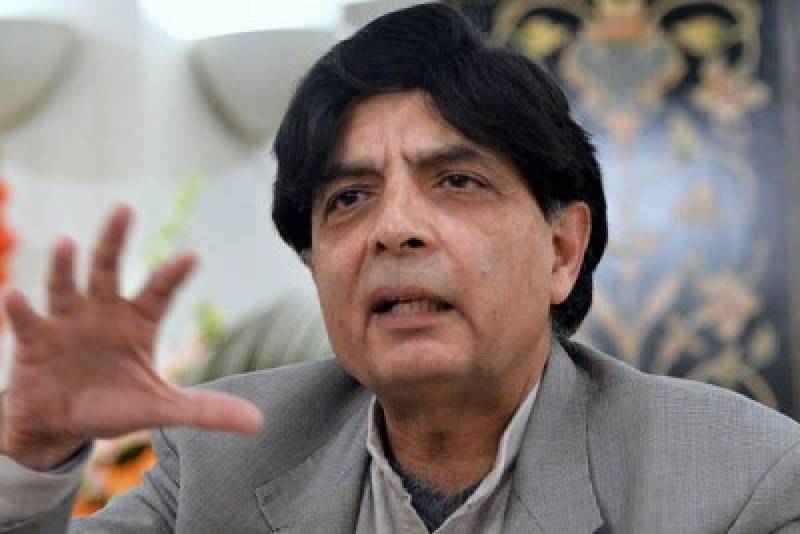 LAHORE – ‘Disgruntled’ Pakistan Muslim League-Nawaz (PML-N) leader and former interior minister Chaudhry Nisar Ali Sunday announced taking oath in the Punjab Assembly as the incumbent government plans to bring an ordinance canceling the membership of the lawmakers who had not taken the oath.

Nisar contested the 2018 general polls as an independent candidate from two national and two provincial assemblies amid the differences with PML-N supremo and associates.

He announced not to take any benefits including salary and TADA while saying that the development does not mean any change in stance and narrative about the 2018 general elections.

Reports in local media suggest that Nisar recently held telephonic contact with PML-Q leader and speaker PA Ch Parvez Elahi to inform him about his decision to become part of the Punjab Assembly.

Disinformation is perhaps the oldest and effective steroid each political party gives people to pump up enthusiasm and ...

As for now, Deputy Speaker Sardar Dost Muhammad Mazari will administer the oath of Ch Nisar. The sudden decision by Ch Nisar to become active in Punjab politics has raised many questions, especially in Punjab politics.

Earlier, the former interior minister denied taking the oath, saying that he had no such intention and that there was no truth in the rumors. In the much-tensed situation in the Punjab government, political workers advised Khan to take the oath and should not leave the constituency unrepresented in the Assembly.