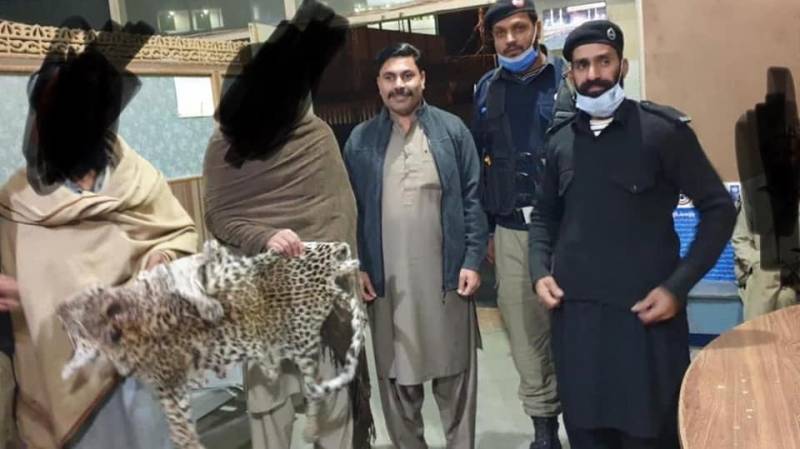 PESHAWAR – The wildlife department in northwestern Khyber Pakhtunkhwa has busted a national network of traffickers involved in smuggling and supply of leopard skin and their derivatives from mountainous region to major cities.

The seizure was made by Mansehra division of Wildlife Department of Khyber Pakhtunkhwa on Sunday, the department said in a Facebook post.

Two persons, namely Ghulam Mustafa resident of Muzafarabad area and Sajid of Manshera Tehsil, were arrested from Balakot by-pass along with skin of leopard and its derivatives, it added.

The department is also investigating to find out other members of the network operating in Manshera and other parts of the country and abroad.