‘Palestinians killed the Dinosaurs’, this spoof about Israel's Netanyahu will blow your mind 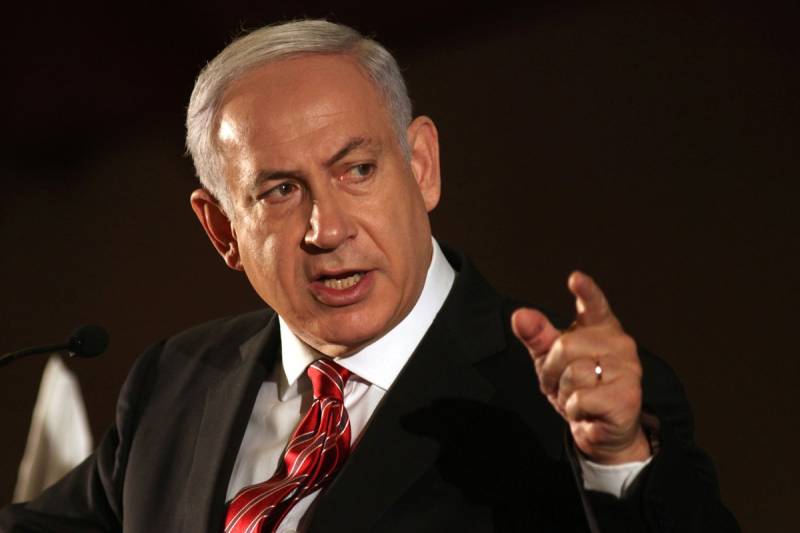 LAHORE (Web Desk) - While Israeli Prime Minister Benjamin Netanyahu is under fire for his remarks that it was Palestinian chief cleric who pushed Adolf Hitler towards the Holocaust, a website "The Daily Currant" has published a spoof quoting Israeli leader as claiming that "Palestinians were responsible for the extinction of the dinosaurs."

The website said that "In an interview with CNN’s Anderson Cooper this morning, the hardline conservative leader was asked to defend his recent comments, in which he claimed Palestinians were responsible for the Holocaust."

When asked how could this be possible for Palestinians in a moment when the human race did not even exist, the Israeli PM was spoofed saying that "he was not saying the Palestinians actually hunted down each individual dinosaur to extinction but "Palestinian Hamas fighters traveled back in time to 65 million years ago and set off a large series of explosives that knocked the Earth off its orbit and straight into the path of an oncoming asteroid."

Netanyahu has further been quoted as strengthening his point of view by a logic that "The operation was intended to wipe out the Dinosaurs, so that humanity could rise and Islam could take over the planet. Reptiles don’t believe in God, Anderson. So if you want to create an Islamic Caliphate you have to get rid of the reptiles. "

"Millions of innocent Dinosaur families perished as a result of Hamas’s disgusting actions. Women. Children. Even unborn eggs. All were burnt to a crisp when Islamic time travelers rammed Earth into that asteroid," the website ended the write up.

It is also pertinent to be mentioned here as a matter of fact that German Chancellor on Thursday said that she strongly believes that German soldiers were responsible for the Holocaust contrary to Israeli Prime Minister Benjamin Netanyahu, who was also present at the joint presser.