US soldier Berdahl calls Taliban more 'honest' than own army 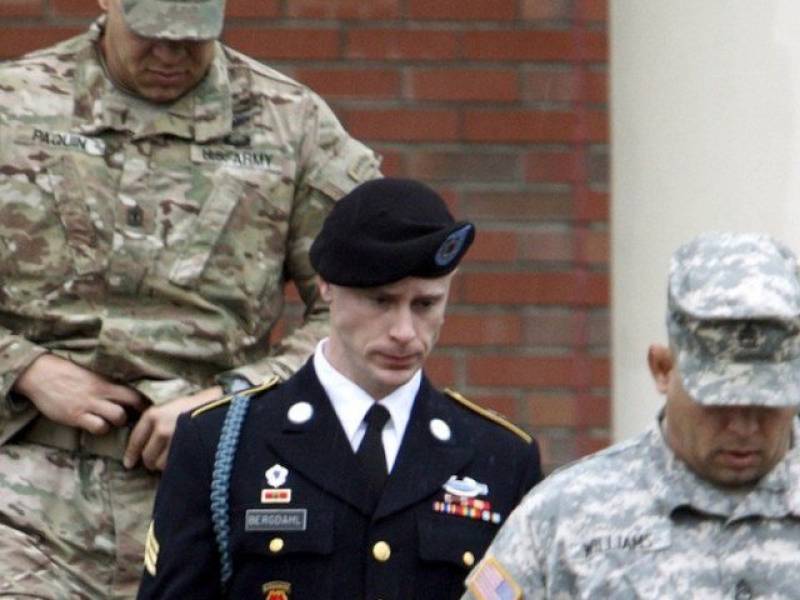 A US army man, Bowe Berdahl, who is likely to be awarded life term for abandoning his post in Afghanistan during 2009, has said that life in his own country after getting released from five-year long Taliban abduction was more tough than as a captive.

Talking to NBC News, Berdahl, who last week pleaded guilty to desert the post putting the lives of fellow soldiers, said his case was politically charged which has made the life difficult in own country.

“At least the Taliban were honest enough to say, ‘I’m the guy who’s gonna cut your throat,’” Bergdahl, 31, tells British TV journalist Sean Langan in an exclusive interview with the Sunday Times Magazine titled ‘The Homecoming from Hell’.

The 31-year-old trooper was abducted by the Afghan Taliban in 2009 when he deserted his post for contacting other commanders in order to inform them about problems in his unit.

The abductors had released him in 2014 after then US President Obama agreed to swap five Taliban prisoners from Guantanamo Bay detention centre.

On Obama's action, President Donald Trump had heaped scorns during his election campaign and said that "dirty rotten traitor" should be executed.

Now, the soldier will be produced before the military court today (Monday) where Army Col. Jeffery R. Nance will decide his fate.

He might be awarded life term for his military crime.

The soldier, who performed a clerical job while awaiting the punishment, informed the court that he left the post in Patika province in Afghanistan to go to nearby post to highlight problems in his unit, adding that he did not want to put the life of anyone in danger.

The Express Tribune quoted Berdhal as saying, “I didn’t think there’d be any reason to pull off a crucial mission to look for one guy”. He called these actions “very inexcusable.”

Bergdahl pleaded guilty to abandon and misbehaviour in front of the enemy. The second charge could bring a life sentence for him.