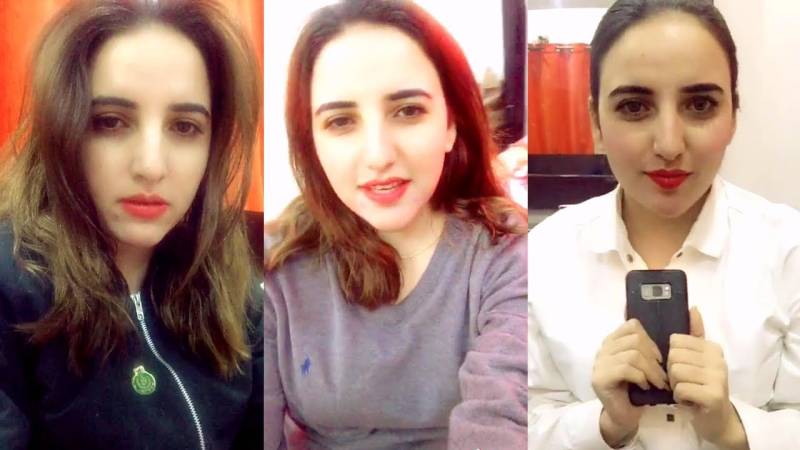 ISLAMABAD - Hareem Shah, the famous Pakistani TikTok girl who has been sharing videos with many influential leaders of the country. Recently, Shah was being allegedly spotted at the Prime Minister’s (PM) Secretariat.

In the viral video, Hareem Shah can be seen walking around a conference room and the song is also being played in the background. In the video, Shah pulls out a chair and gets seated.

While journalist Adeel Raja has claimed that the video has been shot at the PM’s Office, the media officials later confirmed that the social media star's video was actually recorded at the Ministry of Foreign Affairs.

Here is the viral video:

Hareem Shah the tiktoker is in PM Office, how did that happen? pic.twitter.com/OCLFrk1aiL

Here's what Twitterati have to say about this matter:

Now this is getting serious, she just made a mockery of decorums.

Its PM's office and in this specific room cabinet meetings happen.

Firstly not a PM office, secondly if took permission from the concerned authorities a free citizen can visit

Later the Focal Person to the PM, Dr Arslan Khalid, has also refuted the journalist's claims in a tweet:

This is not PM secretariat, just because a journalist tweeted everybody started to spread this Fake News. It's Foreign Office and investigation at foreign office is already underway that how she entered https://t.co/biJA3e9ew9

Earlier, during a private media talk show, Hareem had explained how she gets access to significant people of stature and power. She shared that “I am a big Pakistan Tehreek-e-Insaf (PTI) supporter myself and have been affiliated with the party. This is how I got the unique opportunity to meet and make TikTok videos with party leaders,”

Hareem Shah has a huge fan following on her Tik Tok account, almost around a million and had recently made headlines for her viral video with PTI leader and former Punjab information minister Fayyazul Hasan Chohan.