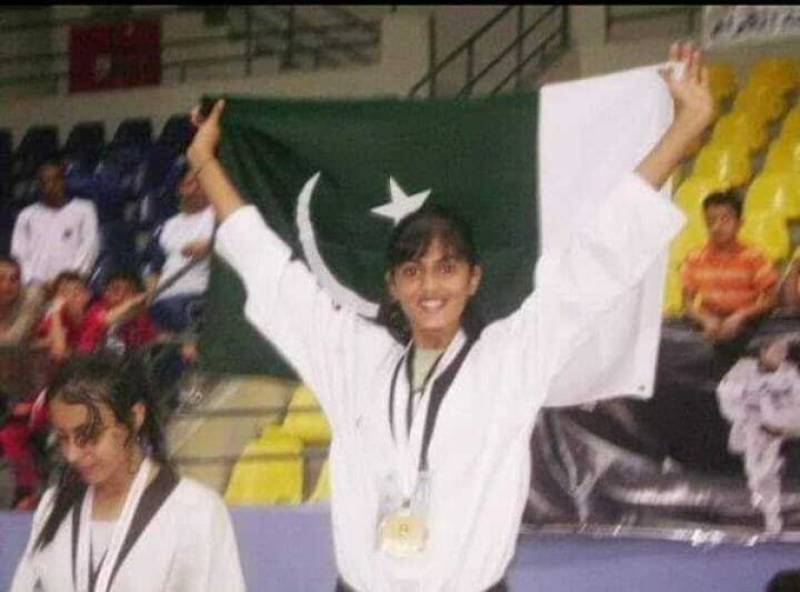 Maham, who hails from Vehari, was fighting against the disease for up to two month at Shaukar Khanum Memorial Hospital. She was mother of a child.

She had made Pakistan proud at an international level.

Pakistan Sports Board, Pakistan Cricket Board, and numbers of social media users have expressed sadness over the demise of the taekwondo star.

اِنّا لِلّٰهِ وَاِنّا اِلَيْهِ رَاجِعُوْن
Pakistan's taekwondo star, Maham aftab died today at 10:00 am due to brain tumor. She fought against this disease for up-to two months.
May Allah have mercy upon her soul and grant him the highest rank in Jannah.. pic.twitter.com/CNUijsqG3P

The PCB is shocked to hear the news of passing of Maham Aftab, 26-year-old highly-talented taekwondoin. She made Pakistan proud at an international level. PCB offers its heartfelt condolences to her family and friends.