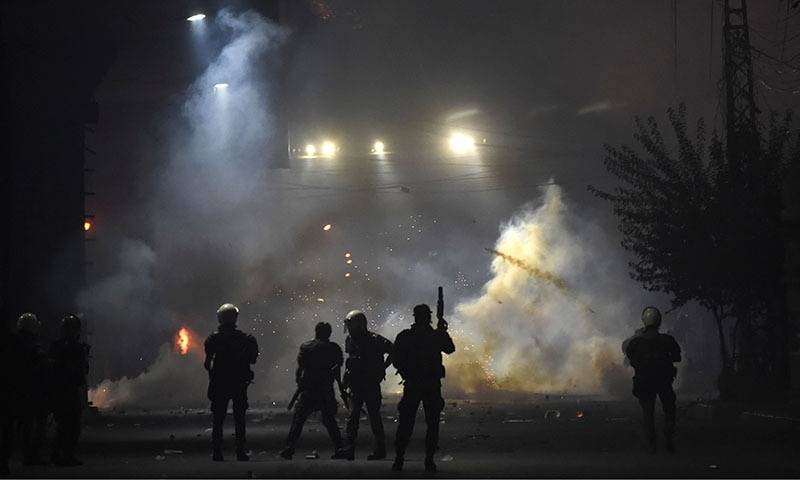 ISLAMABAD – Rangers and Frontier Constabulary (FC) personnel have been deployed in the country’s federal capital, as religious groups led by the Tehreek-i-Labbaik Pakistan (TLP) are set to stage sit-ins amid a new wave of violent protests in parts of Pakistan.

A number of roads remained blocked in the Punjab capital as well as the twin cities, as TLP protesters reached Kala Shah Kaku Interchange. They are planning to reach Islamabad via GT Road.

A contingent of 200 police personnel was deployed at entry points to Tarnol, Bhara Kahu, and Rawat and around Red Zone and the Faizabad Interchange. Contingents of anti-riot forces were deployed at different locations.

Around 50 containers were placed around Faizabad Interchange and more were mounted near the French embassy.

Meanwhile, the authorities suspended the Metro Bus service ahead of the protests organised separately by the TLP and some opposition parties.

The development comes as the banned religious outfit is preparing to stage a sit-in with the possible support of other religious groups. The Lal Masjid cleric also pledged to join the TLP. Students and followers of Maulana Abdul Aziz are likely to hold their protest in Aabpara or in the adjourning area.

On Friday, the Punjab capital witnessed chaos and three policemen were martyred in a collision between cars of agitators.

The provincial government snapped the internet and phone services in parts of Lahore.

ISLAMABAD — The Punjab government on Friday formed a two-member committee to negotiate peace with a banned ...