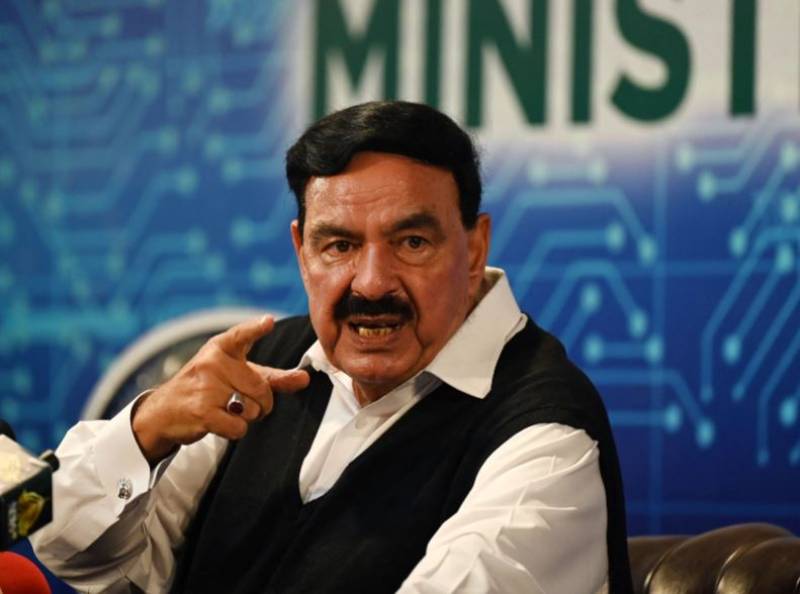 ISLAMABAD – Minister for Interior Sheikh Rasheed Ahmed, who visited Dubai to watch the high octane clash between Pakistan and India, called back in wake of the prevailing law and order situation in the country.

Reports in local media cited that passion shown by Interior Minister for watching the much-awaited fixture came to an abrupt end after violent clashes erupted between police and the banned outfit – killing at least two policemen and injuring several demonstrators.

Prime Minister Imran Khan directed the Minister to cancel the UAE visit and engage with the agitators after which the latter returned on a private flight PA-213, per reports.

Earlier, Rasheed was excited to watch the blockbuster T20 World Cup match saying the premier had approved his request for a two-day holiday.

Meanwhile, thousands of the far-right party workers launched their march from Punjab capital towards Islamabad resulting in Islamabad, Lahore, and Rawalpindi being partially shut down.

ISLAMABAD — The Punjab government on Friday formed a two-member committee to negotiate peace with a banned ...

On Friday, the Punjab government formed a committee to negotiate peace with Tehreek-e-Labbaik Pakistan (TLP) as they started the march to pressurise the government to release party chief Saad Rizvi and expel the French ambassador.

The authorities have blocked roads in Islamabad and Lahore as the government braces for protests organised separately ...