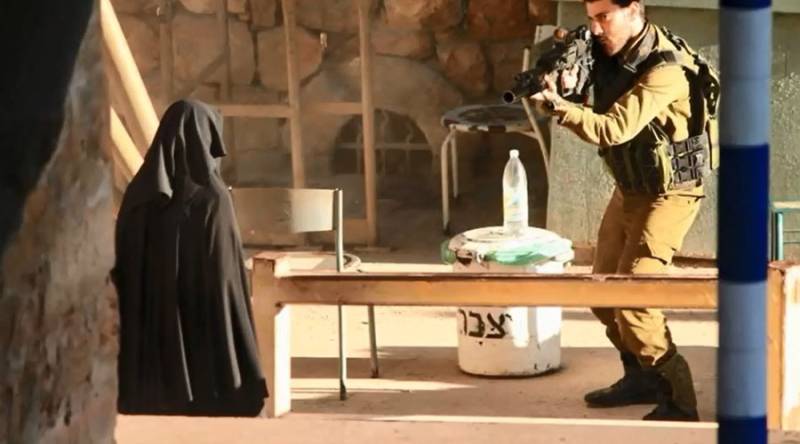 HEBRON (Web Desk) - An 18-year-old Palestinian girl was shot by Israeli troops at a West Bank checkpoint for allegedly refusing to show her purse or face and “trying to attack” a soldier.

She died of multiple wounds in a hospital after bleeding in the street for 30 minutes.

The girl, believed to be 18-year-old university student Hadeek al-Hashlamon, was photographed in the dramatic moments leading up to the confrontation in the city of Hebron, the Guardian reported. 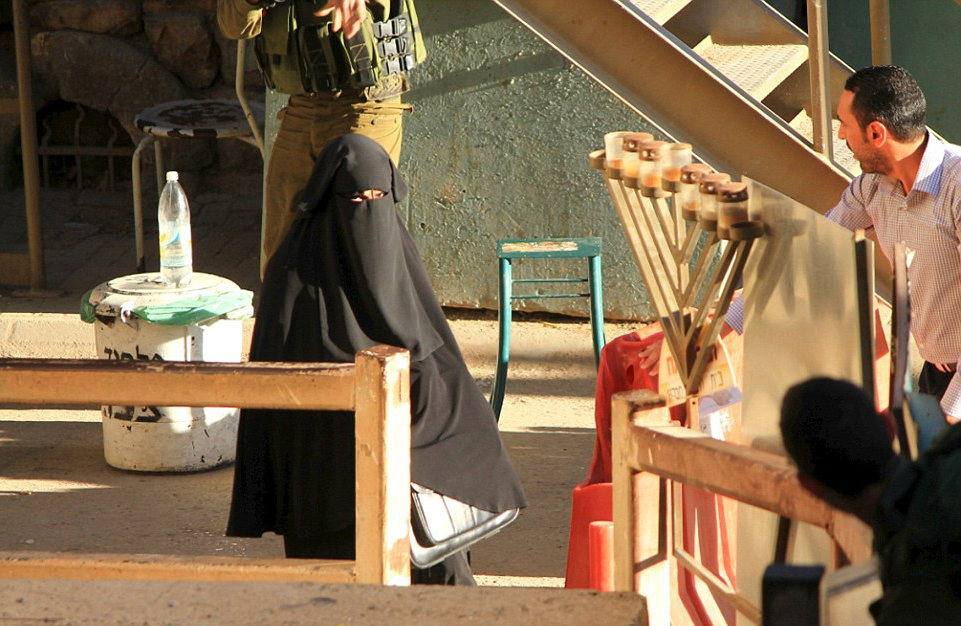 It is alleged al-Hashlamon attempted to stab the soldier at around 8.30am on Tuesday, as tensions continued to simmer ahead of major Muslim and Jewish religious holidays. 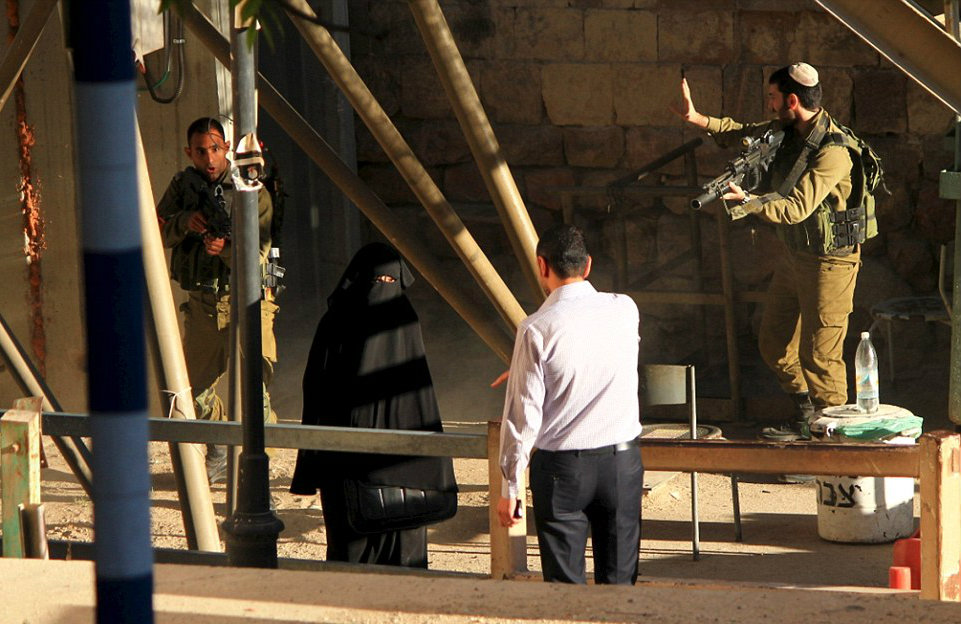 She was shot 10 times by Israeli Defense Forces near the entrance to Shuhada Street on Tuesday. 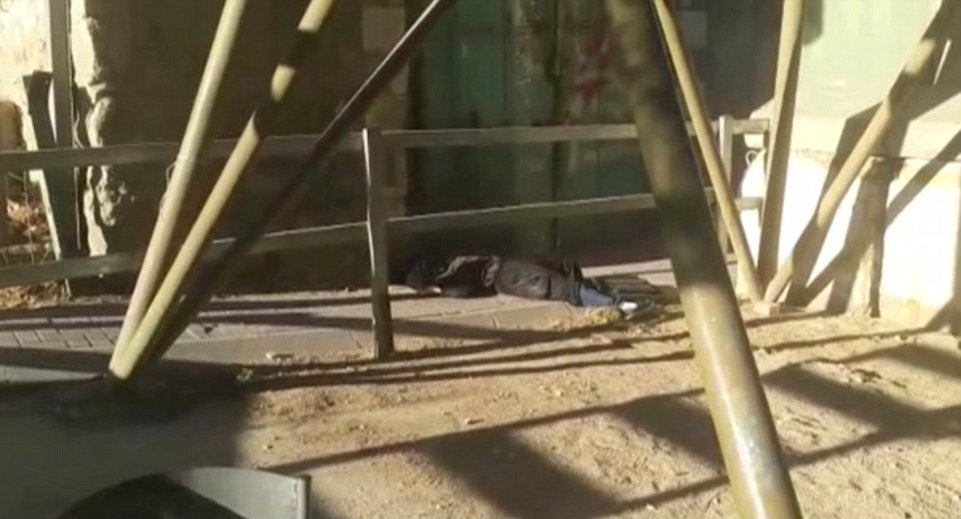 "The attacker attempted to stab a soldier," an Israeli army spokeswoman told Al Jazeera, explaining the unidentified soldier - who was not injured - then opened fire. 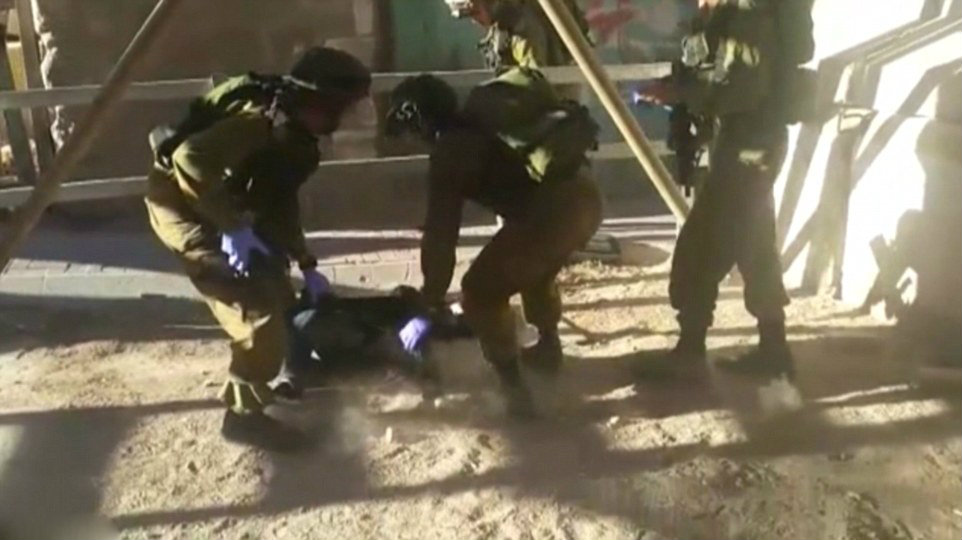 The Israeli soldiers did not let paramedics approach the teenager, who the Israelis claimed had tried to stab one of them. Photos posted online, however, appear to contradict the accusation.

The 18-year-old died of her wounds in the Shaare Zedek Medical Centre later in the day. 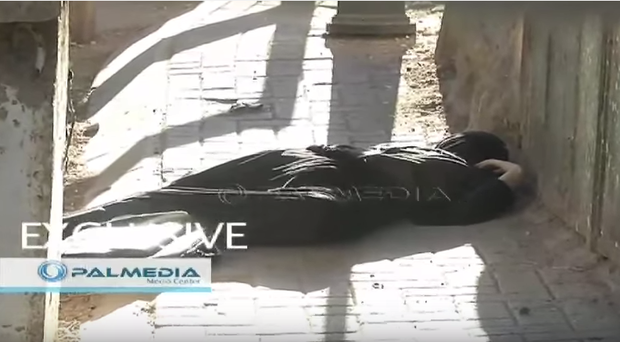 The hospital’s spokesperson said Hadil had been “terribly injured, and underwent surgery upon her arrival,” Maan News Agency reported. 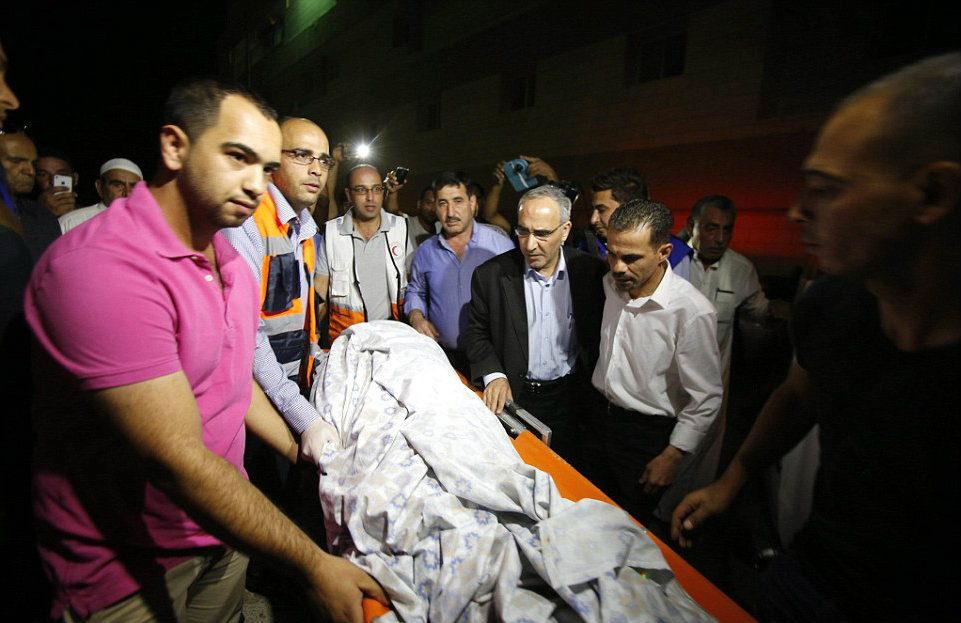 “A part of her intestines had to be removed. But the bullet in her chest was what killed her.” 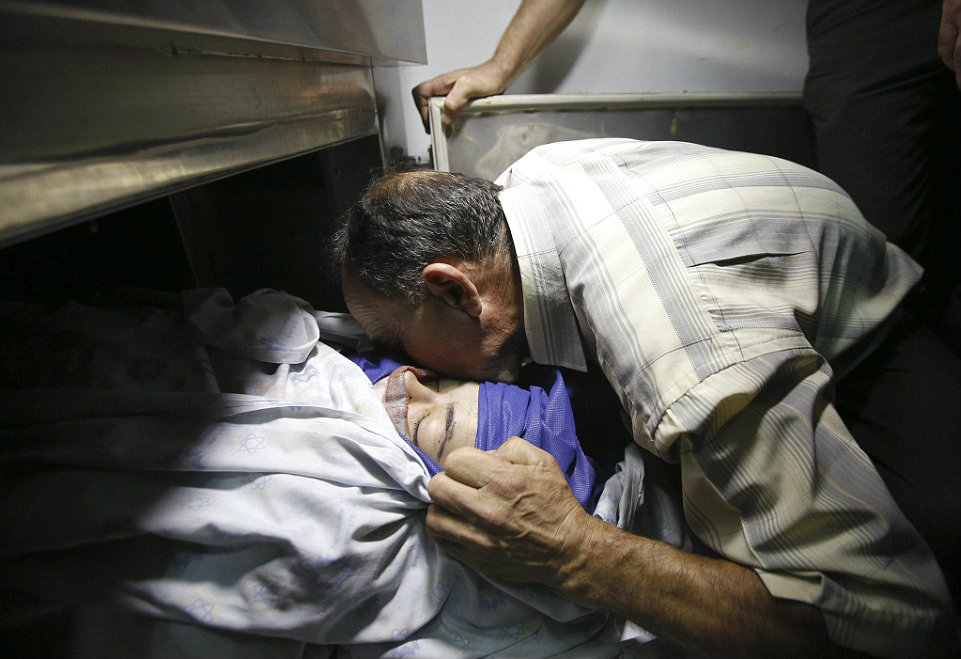 The Palestinian National Authority (PNA) called on international authorities for an independent investigation into al-Hashlamon’s death.

“The photos of the girl clearly showed that the life of the soldier, who shot her only because she stood in front of him, wasn't in danger," a statement to Global Post claimed. 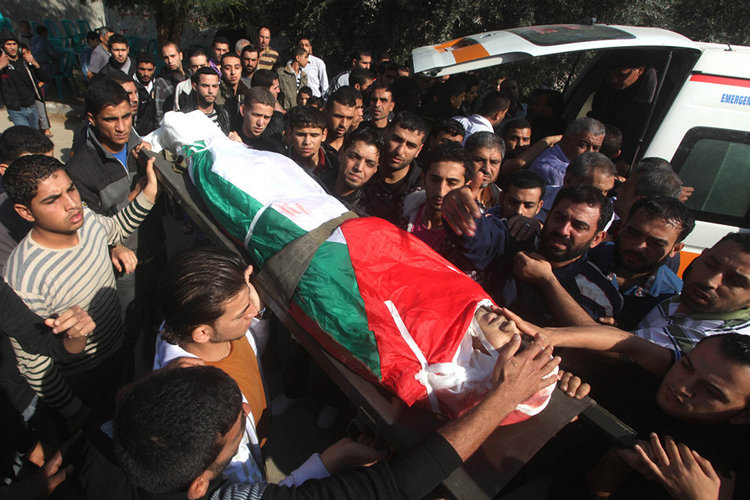 24 Palestinians have been killed by Israeli forces in 2015, according to UN figures.

‘Throw a stone? Catch a bullet!’

The measure was approved on Friday. In response, Palestinians staged a ‘Day of Rage’ in protest.

The footage showed an Israeli soldier aiming a rifle at a Palestinian boy who is seen picking up a stone and throwing it in a direction away from the sniper. It is unclear if the boy intended to hit anyone, as it landed outside the video frame.

Seconds after the teenager throws the rock, the sniper pulls the trigger.

A bullet hits the Palestinian boy in the leg, but he still manages to get up and run off, limping.

“The only way this will work. You throw a stone? Catch a bullet. Spread guys!” was the comment added by Israel’s 0404 News to the post.

The post has been welcomed by cheerful comments and “likes” from pro-IDF readers. The incident appears to have taken place in the West Bank, but it is unclear exactly where and when it took place.