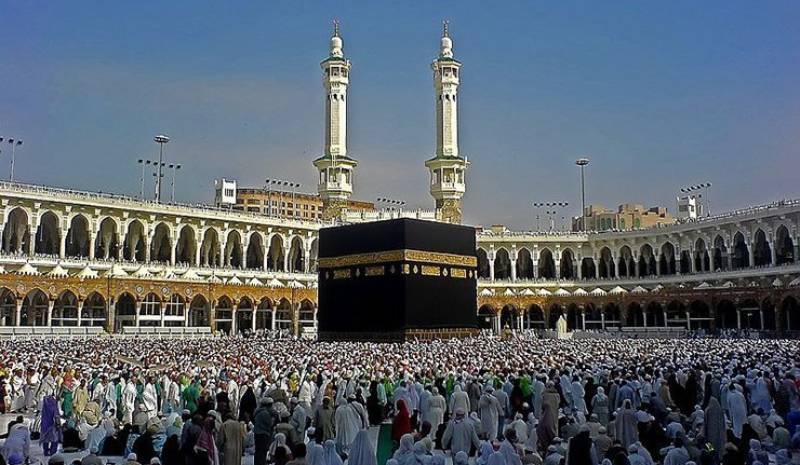 MAKKAH (Web Desk/Agencies) - About 2.5 million faithful from around the globe have gathered in the holy land of Saudi Arabia to perform Hajj today (Wednesday).

These also include 143,368 from Pakistan who are performing Hajj under government and private Hajj schemes.

All pilgrims, clad in the same dress called Ahram, moved from the holy city of Makkah to nearby Mina for the start of Hajj rituals on Tuesday. They spent the night at Mina under the open sky before moving to Arafat today (Wednesday) morning for performance of the main ritual of Hajj, called Waqoof.

Mount Arafat, a rocky hill on a vast plain, is where Holy Prophet Muhammad (PBUH) gave his final sermon after leading his followers on the Hajj.

The first day of the Hajj is known as Tarwiah Day, when pilgrims traditionally watered their animals and stocked water for their trip to Mount Arafat, about 10 kilometres southeast of Mina.

The Hujjaj (pilgrims) after the Waqoof Arafat will spend the whole night in the open sky at Muzadalfa where they will offer their Maghrib and Isha prayers and spend the night in prayers.

The Hajj is among the five pillars of Islam and every capable Muslim must perform the pilgrimage at least once in his or her life.

About 100,000 police have been deployed to secure the pilgrimage sites and manage the crowds, and Saudi authorities say they are on alert for possible attacks by extremists.