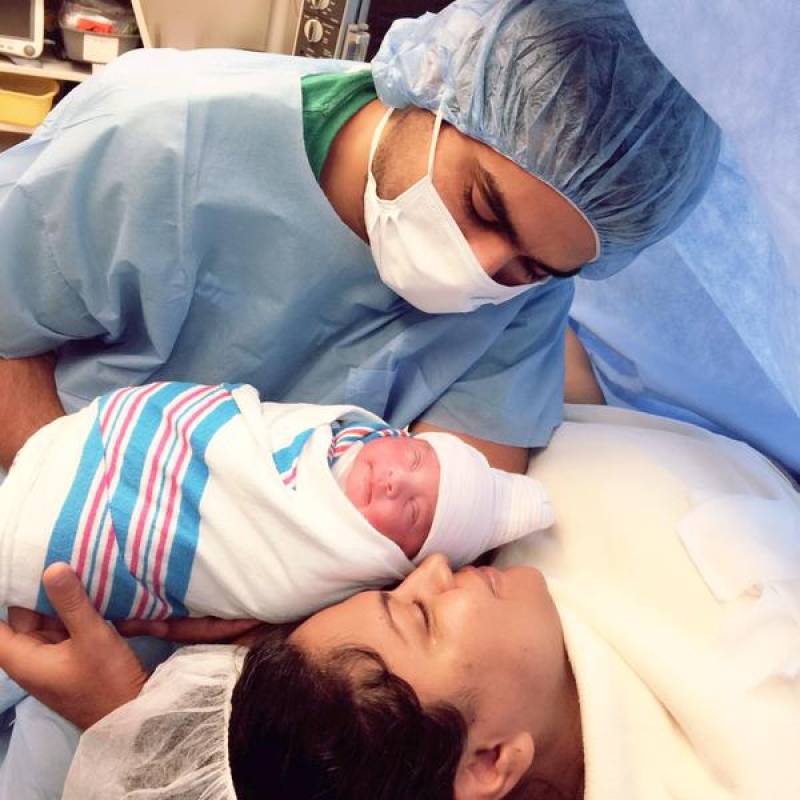 LAHORE (Staff Report) - Pakistani actress Veena Malik, who is off the screen since she married in December 2013,  on Wednesday became a mother of her second child.

According to her husband Asad Bashir Khan his wife, Veena Malik has given birth to a healthy baby girl at Virginia Hospital. The girl has been named as Amal Asad Khan.

Alhamadullilah on this Blessed day of Hajj our princess Amal Asad Khan arrives into our world. Thank you @iVeenaKhan pic.twitter.com/tJ9pllYJ1h

Previously the couple had their first child, a boy named as Abram Khan Khatak, in September last year.