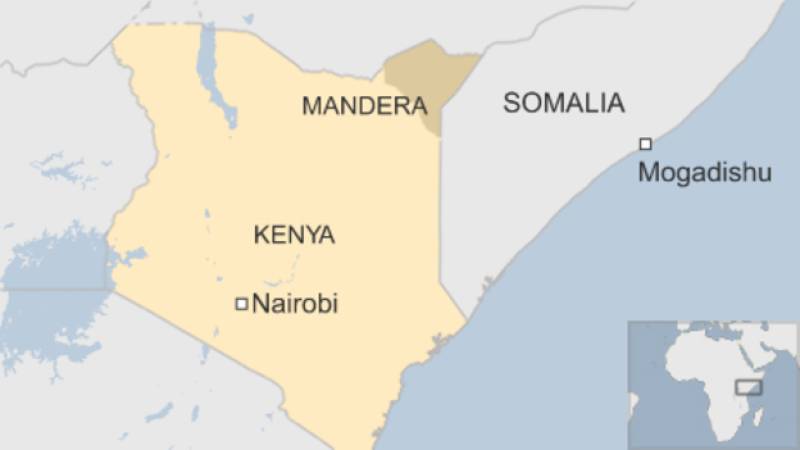 Chief Muktar Otieno was kidnapped early on Thursday morning on the road to Mandera town, close to the border between Kenya and Somalia.

Assistant chief Abdinoor Dakane told the BBC that Mr Otieno was tied to a tree and shot dead by the militants, after locals failed to pay a ransom.

Al-Shabab has staged a series of attacks in Kenya in recent years.

Kenyan troops are part of the African Union mission battling the Islamist militants in Somalia.

Al-Shabab has not yet commented on Mr Otieno's killing.

Meanwhile, Kenya has extended an amnesty for al-Shabab militants to hand themselves in by a further 10 days.

When making the announcement, Interior Minister Joseph Nkaissery did not say whether anyone had taken advantage of the amnesty so far.

According to the assistant chief, who witnessed Mr Otieno's abduction, a group of local elders managed to track down the assailants to a town on the Kenyan-Somali border.

The group pleaded with the militants to release the chief, but when they failed to pay a ransom of 4m Kenyan shillings ($42,000; £28,000), Mr Otieno was shot dead in front of the clan elders, he told the BBC Somali service.

Mr Dakane told the BBC that he was now resigning from his position as assistant chief of Arabia ward because he feared for his life.

There has been no official comment yet from the Kenyan authorities.

The killing comes at a time of heightened tension over security in Kenya, after Islamist al-Shabab fighters killed 148 people, mainly students, during an attack on a university in Garissa earlier this month.

This report was originally published by BBC.