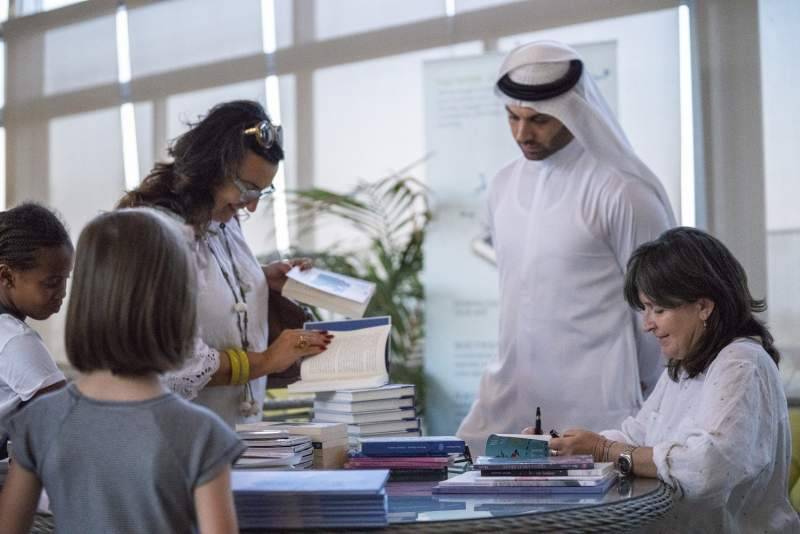 SHARJAH - The Consul General of  Italy in Dubai and the Northern Emirates, Valentina Setta, has opened the first Italian library in UAE. The UAE Board on Books for Young People (UAEBBY) contributed several books to the library, which will form part of the International Concept for Education campus.

The UAEBBY Guest of Honour programme this year was organised in collaboration with the Italian General Consulate in the UAE, and ICE Dubai.

Dr Terrusi spoke at the opening of the importance of the library and how its founding will bring closer cultural ties to both nations.

Dr Terrusi added that while UAEBBY was a relatively young chapter of the International Board on Books for Young People, its enthusiasm, ambition and significant achievements through its projects and campaigns had been an inspiration to other branches of the organisation.

She also emphasised the common goal of bringing children and books together to create a generation of avid readers.

As this year’s Guest of Honour, IBBY Italy has had an excellent opportunity to connect with the Italian community in the UAE and has played a prominent role in the 10th Sharjah Children’s Reading Festival (SCRF), which runs until April 28 at Expo Centre Sharjah.

Forming part of the Guest of Honour programme in SCRF, Beatrice Masini said that cultural ties with the UAE are closer than ever before. 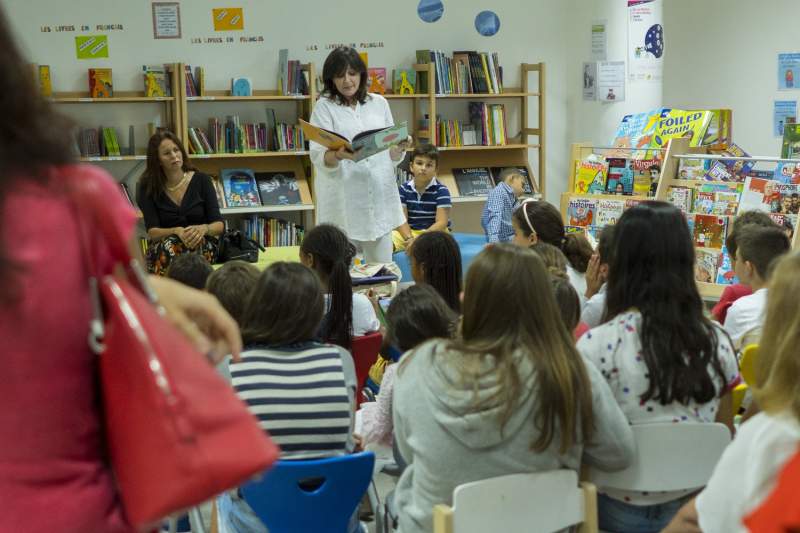 Widely recognised as one Italy’s most talented and prolific writers, publishers and translators of books for children and young adults, the literary expert described the cultural interaction between her home country and the UAE as a highly important relationship that both nations can nurture and cherish.

Ms Masini, who translated five of the Harry Potter books into Italian, is also a representative of Italy IBBY and was invited to the UAE following UAEBBY’s participation at the 55th edition of the Bologna Children’s Book Fair, one of the publishing world’s most important events.

Following a storytelling session and book signing event at SCRF for students from the International Concept for Education, Ms Masini said: “It is extremely important to interact with other nations and see new perspectives, and I believe the cultural links we share with the UAE are becoming closer than ever.

“As a publisher as well as an author, I can also see that there are closer ties in trade terms as well and that is a relationship which can also bring us together on another level.”

Also participating in the Guest of Honour programme, the published illustrator Andrea Antinori, who won the highly-prized ‘Best Book for 6-9-year-olds’ award at Bologna, held specialised workshops at the UAEBBY stand at the festival and joined Ms Masini for the book signing.

It is their books which will be donated to the Italian library by UAEBBBY following SCRF, where they are on display until the festival concludes.

Marwa Al Aqroubi, President of the UAEBBY’s Executive Board, said: “Italy has always been one of the great seats of western literature and we are delighted to see the first ever Italian library in Dubai. The nation’s passion for literature and art is contagious and we have seen the children at the reading festival completely enchanted during the storytelling.

“This is an excellent chance for our guests to interact with the young UAE audience and gain insights into their reading preferences and habits, helping them to gauge the similarities and opportunities that such close cultural ties provide.

“For academics and publishers too, this is very much a two-way relationship to discuss challenges and opportunities and share their knowledge and experiences.”

In hosting the Italian delegation as Guests of Honour at SCRF, the UAEBBY inspires local talent to explore new literature, promote reading across the UAE’s many diverse communities and advocate the rights of children to a general education that includes direct access to information.

Operating in more than 77 countries, IBBY is the main board based in Switzerland and founded in 1953. The organisation is an international network of institutions and individuals from around the world who are committed to promoting and encouraging the culture of reading and bringing children and books together.