Pakistani model Saheefa Jabbar was bullied for her 'pixie cut', & her supporters came through 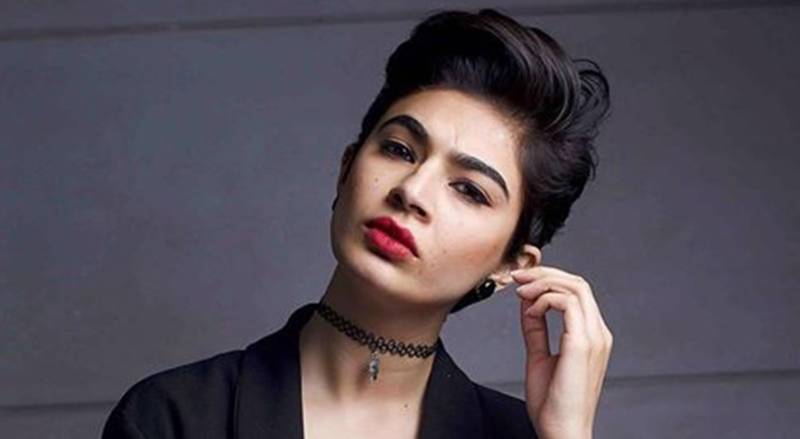 Bullying and negative criticism sitting behind our desks in our houses and offices, and laughing over the matter later is what Pakistanis have become about.

It's so much easier to not face the consequences of what you write on social media because there is no one to punch you on your face over the hate you're spreading, which is why we Pakistanis take advantage of it.

Saheefa Jabbar Khattak, an educated & composed Pakistani model in the industry, has been a victim of cyber bullying recently, due to her short hair, rather a 'pixie cut', something not many would dare to go for, since the 'norm' in society for being a young, beautiful girl is having long locks. [Don't remember where that trend came from, last heard my grandmother say a girls' beauty lies in her hair]. 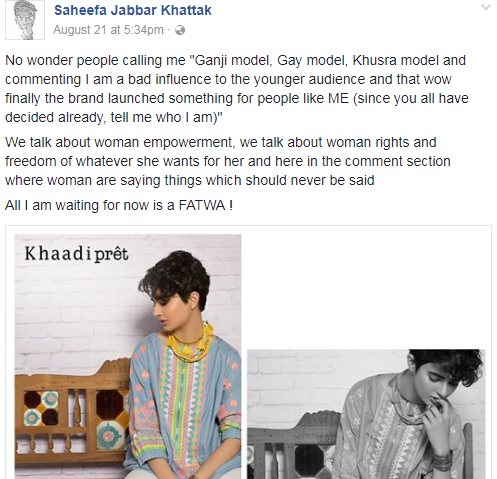 I beg to differ, a girls beauty lies in her personality, in how charming and delightful she is, and in her contribution to the world as a whole. A girl's beauty lies in how nice she is to people around her, in how many people love her and support her when she is in need. I for one, stand with Saheefa because she has done nothing wrong: her hair, her body, her looks, and COMPLETELY her choice.

It was even claimed that she was denied entrance to a woman's area because of her haircut, which takes us to the heights of disgust at the level of stereotyping and judgmental-ism in the country which is so evident.

It was further said that she has been denied various campaigns because her 'hairstyle is not acceptable'. Well, if a bunch of people are too boring to stay inside their little bubbles and not experiment, it's okay, Saheefa. Stay strong, and just do your thing.

This is how Saheefa responded on a Facebook Video from her Official Profile:

Saheefa also added that she was now ready for 'FATWAS' because of her haircut, because of the bashing she had been victim to, for the past couple of days.

However, her friends and supporters came out in rather large quantities to let her know that she did nothing wrong, and she was true to herself.