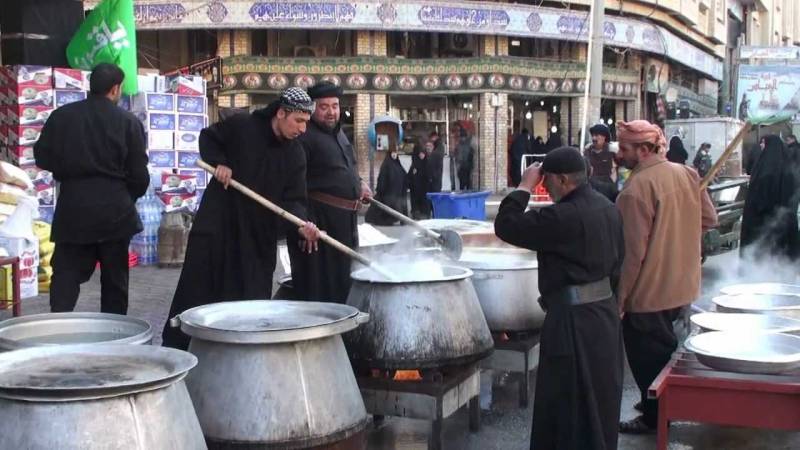 The 10-day Muharram mourning days stimulate the economy in Pakistan. According to rough estimates, Rs300 to 500 billion is spent on different rituals of the mourning – majlis, mourning processions, security, upkeep of imambargahs, procession routes and ziarat, and last but not least langar.

Religion-driven activities have a great economic touch, be it Eids, Haj, Umra, Christmas, fasting, and Muharram.

The fact that Muharram boosts up the economy is shocking for many people as it is contrary to the widespread belief that the economy suffers blows because of the prevalent road blockades and holidays on Muharram 9 and 10. Those holding the notion that Muharram is an anti-economy period are right because soon after the passage of Eidul Azha, the first and foremost thing on the mind of the government of the time is the security of the first 10 days of Muharram.

These are the days when the commemoration of the martyrdom of the grandson of Holy Prophet Hazrat Muhammad is marked across the country. The event needs heavy security because of the fierce sectarian divide. Almost every district arranges special police contingents and security plans for the enhanced security of the mourners and their venues. On Muharram 9 and 10, almost all roads are blocked and there is no market open. Only mourners are seen on roads invoking the blessings of the martyrs of Karbala, chanting ‘Ya Hussain’ amid nohas.

The massive mourning and the closure of the whole country, however, do not halt the economic activities of the country. When people come out of their houses to pay their tributes to the martyrs of Karbala, this sets in the biggest turnover in the economy.

How does Muharram stimulate the economy?

With the sight of Muharram moon, majalis begin almost in every part of the country. Majalis – mixed (where male orators recite majlis, while the audience is mixed) and women-only (where a woman orator address women) – are held in imambargas as well as insides houses.

In Gandhi Park, a locality in Gulberg II, almost 20 houses are arranging women-only majalis, says Syed Ali Shah, a resident of the area. The males of the area go to Masjid Muhammadi on Hali Road for majlis. Away from Lahore, in Jhang’s area of Athhara Hazari, 15 majalis venues are arranged in one union council. While a women-only majlis inside a house is arranged by a single family, events in Muhammadi Masjid or majalis in Athhara Hazari are arranged by associations of people. The expenditures of one venue cost Rs1 million to Rs 3 million, depending on the fee of the orator (zakir or allama), lighting, amplifier, security, a little repair of the imambargah, preparation of ziarat and daily langar.

The most important chunk of the expenses is the orators’ fee. On average, an orator is given an Rs500,000 fee for their 10-day hourly address. In certain cases, the zakir or allama in high demand charge is Rs 3 million to Rs 5 million.

According to Tanveer Abbas, of Athhara Hazari, Zakir Mushtaq Shah, of Jhang, is a crowd puller zakir and is high in demand in Punjab. Tanveer Abbas has an interest in the affairs of majalis and he says Zakir Mushtaq Shah charged Rs 3 million per imambargah for the 10-day service last year and this year, he has been booked for Rs 5 million per place. Like Zakir Mushtaq Shah, the other zakirs charging in millions include Zakir Waseem Baloch, Nasir Bajara Wala, Rabbani Shah, Qazi Waseem, Saqlain Ghallu, Shaukat Raza Shaukat and so on.

The other major part of the Muharram expenses is the preparation and running expenses of the imambargah. Syed Abis Gardezi looks after Shah Gerdez imambargah affairs in Multan. According to him, this year the event cost them Rs 500,000 in terms of lights, repair, amplifier, banners, and stage from where the orator addresses the majlis.

Langar is a must part of every majlis. Catering services providers hire extra staff for Muharram. “We get more orders of degs during Muharram from a peak wedding season,” says Muhammad Sadiq, the proprietor of the catering services in Gulberg II.

During Muharram, people order and distribute Haleem and Biryani.

Thousands of people give away langar at procession and their budget runs in hundreds of thousands. Other than the major distributors of langar, several individuals distribute langar in the shape of bread, juice box, water bottle, rice, qeemay wala naan, aalo wala naan, paratha, fruit, milk and so on. Bakers and confectioners display their ads announcing special deals for Muharram niaz.

During Muharram’ majalis, ziarat is taken out at the end of a majlis. Of them, zuljinnah is prominent for it is taken out on Muharram 10. The upkeep of Zuljinnah is a constant and expensive affair. Zuljinnah depicts the ride of Hazrat Imam Hussain in his final hour at the battle of Karbala. It wears a saddle, an embodied sheet, traditional shields, a wreath of flowers, a sword, a crown and a rein. Besides Zuljinnah, the other ziarat includes Ta’zia, alam (flag of Hazrat Abbas), Pangora (cradle in the memory of Hazrat Asghar, the six-month-old son of Imam Husain), saij and so on.

Each ziarat is decorated with sheets and ornaments. A Ta’azia is prepared Rs 100,000 to Rs 1 million, mostly in Chiniot.

Last but not least is the black colour that is the part of Muharram. Before the Muharram month, every Shia takes it binding upon themselves to get a new black dress. Shopkeepers in Ichhra and Anarkali say they buy the bulk of lawns in black colour. Recently, certain brands have also seen an occasion in Muharram to do a roaring business and have started introducing dresses in black which can match Muharram as well as afterword. Many people prefer simple clothes with a black pattern and designs.

Also, mourners buy flogging knives fort chest-beating and many try to fly to Karbala to spend the mourning days there.

All of these factors stimulate the economy.