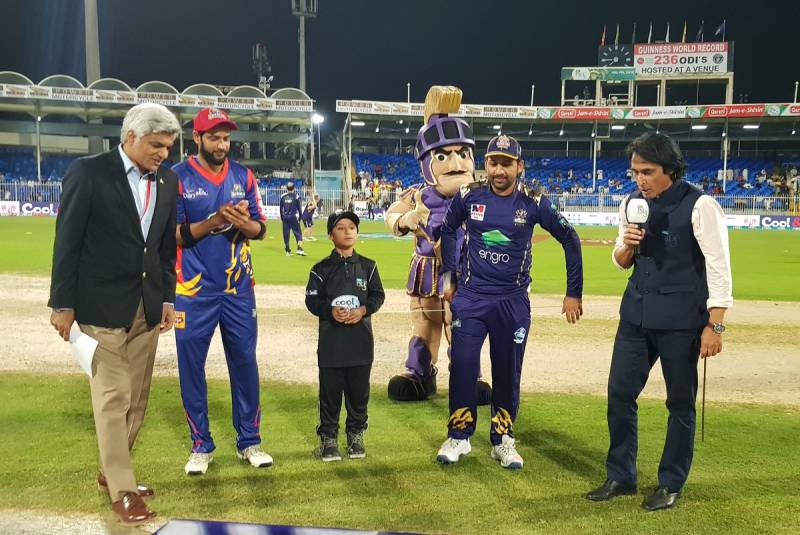 Chasing a target of 187 runs, Kings found themselves in a spot of bother when they lost two wickets, including that of Babar Azam, with just four runs on the board.

Gladiators score 6 off the final ball to post a huge 186 run total. Can Kings chase this?

The Gladiators have been undefeated in all their four matches, securing eight points to top the points table, whereas Karachi Kings after winning their first match, suffered from the humiliation of three consecutive defeats. They obtained only two points to go down to the bottom of the table.

Quetta Gladiators have so far defeated Peshawar Zalmi by six wickets, Islamabad United by seven wickets, Multan Sultans by eight wickets, and Lahore Qalandars by three wickets, whereas Karachi Kings won their first match by seven runs against Multan Sultans but later they lost three successive matches - first to Lahore Qalandars by 22 runs, then to Peshawar Zalmi by 44 runs and later to Islamabad United by seven wickets.