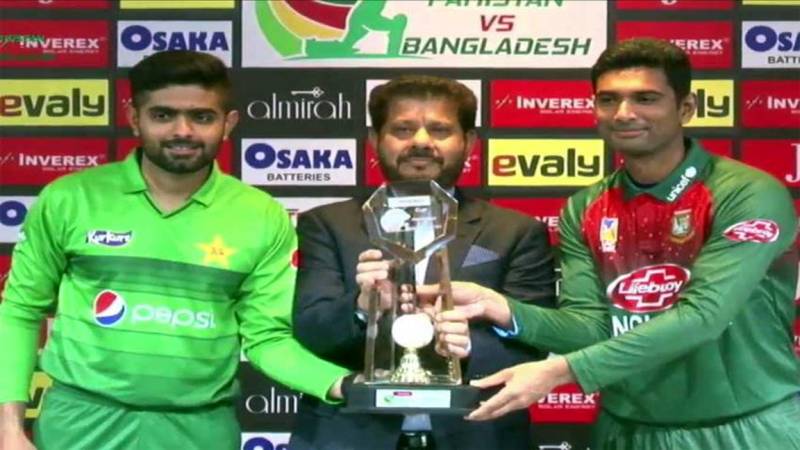 LAHORE - The first match of three-match T-20 series between Pakistan and Bangladesh will be played in Gaddafi Stadium, Lahore today (Friday).

The Match will start at 1400 hours Pakistan Standard Time (PST).

Bangladesh team last toured Pakistan was in 2008. They also have a 2-1 advantage against Pakistan in the last three Twenty20 internationals.

The Pakistan cricket team is eyeing to maintain its dominance in the world ranking.

Meanwhile, Punjab government has also made special security measures as well as facilitation of spectators including shuttle service, parking and traffic plan.

Foolproof security arrangements have been made at the stadium and routes of players of the event. With the help of CCTV cameras surveillance continued around the Gaddafi Stadium. Temporary hospital comprising of 20 beds was also set up in the stadium. Proper arrangements of parking and lights were made in position for the match.

Pakistan wants to show that the security situation has improved enough for the team to start regularly hosting home internationals.