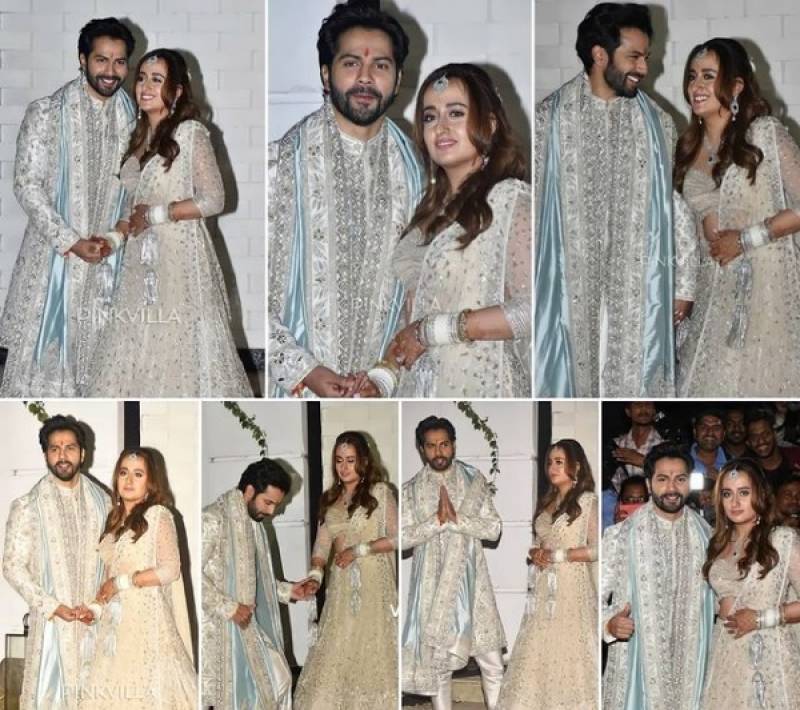 The much-hyped wedding ceremony of Bollywood actor Varun Dhawan and fashion designer Natasha Dalal has finally concluded in a private and traditional Hindu ceremony despite attempts by paparazzi to sneak a peak at The Mansion House resort. The couple emerged and posed for photographers after the event.

The wedding, which is the first such affair since the coronavirus pandemic, has been in the news and the couple has not left the public in any suspense. Pictures of the sangeet ceremony and the wedding rituals have been released.

Numerous celebrities from the film and fashion industries attended the sunset wedding at the scenic Mansion House resort.

The menu for the wedding comprised Lebanese, Mexican, and Indian cuisines, reported Filmfare.

Reportedly, the staff at the wedding venue were ordered to avoid using cell phones when inside the premises. The Dhawans and Dalals ensured that all measures were taken to guard the couple’s privacy. A tight security cover with a sizeable number of guards could be seen around the venue.

The couple’s reception is to be held at a five-star hotel in Mumbai on February 2.