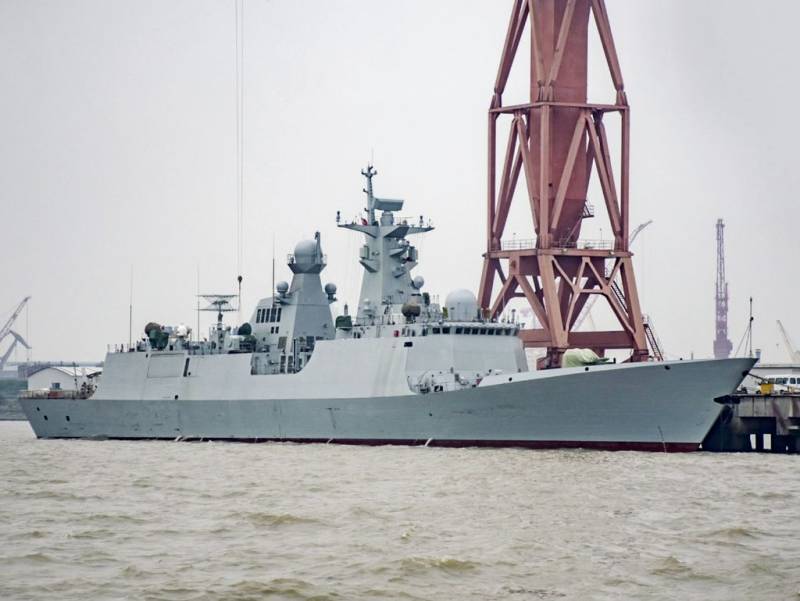 KARACHI – Pakistan Navy has inducted the most technologically advanced ship PNS Tughril to modernize its fleet in order to maintain a formidable force at sea.

Report of the state-run agency said a ceremony was held in the seaside metropolis in which President Dr Arif Alvi was the chief guest. Qatar gifted C-King helicopters were also inducted in the ceremony.

President Alvi while addressing the ceremony said that Pak-China friendship is time-tested and getting stronger with each and every passing day however he clarified that Pakistan is not in any arms race with any country as its defense capability is only for safeguarding its national interest and sovereignty.

PNS Tughril is the first ship of its kind that was built at the shipyard in Shanghai. It is a multi-mission capable ship, fitted with weapons such as Surface-to-Air (SAM) and Supersonic Surface-to-Surface Missiles (SSM).

The state-of-the-art ship can carry out numerous maritime operations due to the installation of weapons and sensors.

“The ship is capable of enormous firepower & surveillance potentials. Construction of PN Ship at China is the testimony of Pak-China all-weather friendship,” read the Pakistan Navy statement.

It is also loaded with multifunction electronically scanned array radar on top of the main superstructure.

Induction of these frigates will contribute in maintaining peace, stability, and power equilibrium in the Indian Ocean Region.

Pakistan Navy has contracted the construction of Type 054 AP Frigates from China under a contract signed in 2017. The first–in–class Frigate was launched in August 2020, followed by Second Frigate Launching in January 2021 at Chinese Hudong Zhonghua Shipyard in Shanghai.