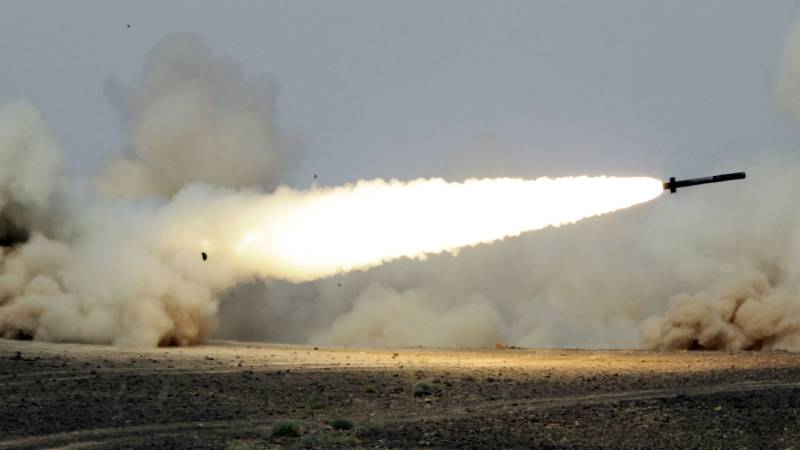 Shrapnel from the destroyed missile was landed in an industrial zone in the Kingdom while no injuries or fatalities were reported. Authorities claimed that they destroyed the launch pad where ballistic missiles were fired from in Yemen’s Al-Jawf.

The Defense Ministry of UAE also revealed that no causalities or injuries were reported as they intercepted two ballistic missiles. The attacks come less than a week after a deadly attack on Abu Dhabi was claimed by the Iran-backed Houthis that killed 3 people including a Pakistani.

Following the deadly attack, Saudi led coalition hit back and killed at least 100 people in a detention centre in Yemen.

ADEN – The Saudi-led coalition carried out airstrikes against Houthi rebels in the Yemeni capital of Sanaa, ...

Houthis have increased their attacks on civilian targets across the Gulf, mainly in UAE and Saudi Arabia as the Arab Coalition has been engaged in an aerial campaign against the Houthis, who are demanding international legitimacy and control of the government.

Tens of thousands of civilians, including more than 10,000 children, have been killed or wounded as a direct result of the fighting.