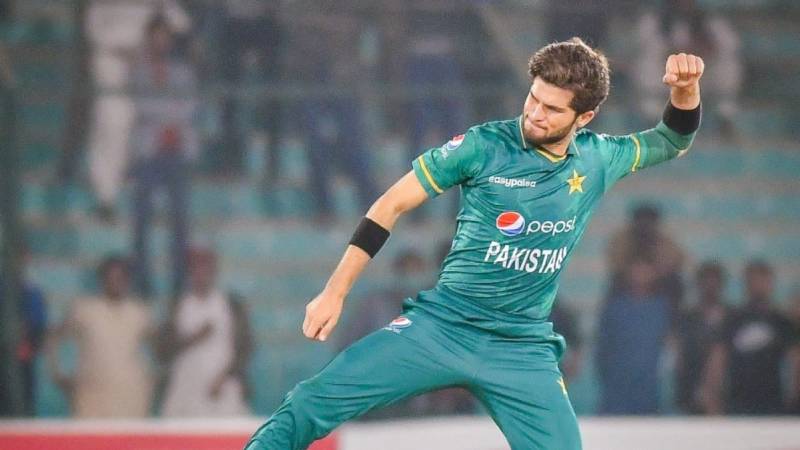 DUBAI – Pakistani paceman Shaheen Shah Afridi was crowned cricketer of the year by the world governing body for his impeccable performance in 2021.

Youngblood Afridi bagged the Sir Garfield Sobers Trophy for the ICC Men’s Cricketer of the Year as he took 78 wickets in 36 internationals at an average of 22.20 with best bowling figures of 6/51.

Lahore Qalandar skipper is the youngest cricketer to win the elusive award, while also being the first Pakistan player to achieve the feat.

A press release issued by International Cricket Council said “Sizzling spells, a sheer display of pace and swing and some magical moments, the winner of the Sir Garfield Sobers Trophy for the ICC Player of the Year had a year to remember in 2021”.

Sizzling spells, sheer display of pace and swing and some magical moments ✨

Shaheen Afridi was unstoppable in 2021 💥

The left-arm pacer also played a key role in Pakistan’s T20 World Cup campaign. Afridi, who hailed from the northwestern region of Pakistan, ruled the shortest format throughout the calendar year, scalping 23 wickets in 21 matches with his death bowling improving by leaps and bounds.

The 21-year-old continued his top form throughout the rest of the year in the away tours of Zimbabwe, West Indies, and Bangladesh and also etched his name during the home series against Proteas.

Earlier in 2021, Afridi’s record-breaking performance in Test cricket continued as the star player surpassed India’s Ashwin to become the highest test wicket-taker in 2021.

DUBAI – Pakistani captain and star batsman Babar Azam has been named ODI Cricketer of the Year by the ...

At the tender age of 21 years, he becomes the third-youngest Pakistani fast bowler to take a 10-wicket match figure after Wasim Akram, Waqar Younis, and Muhammad Zahid.