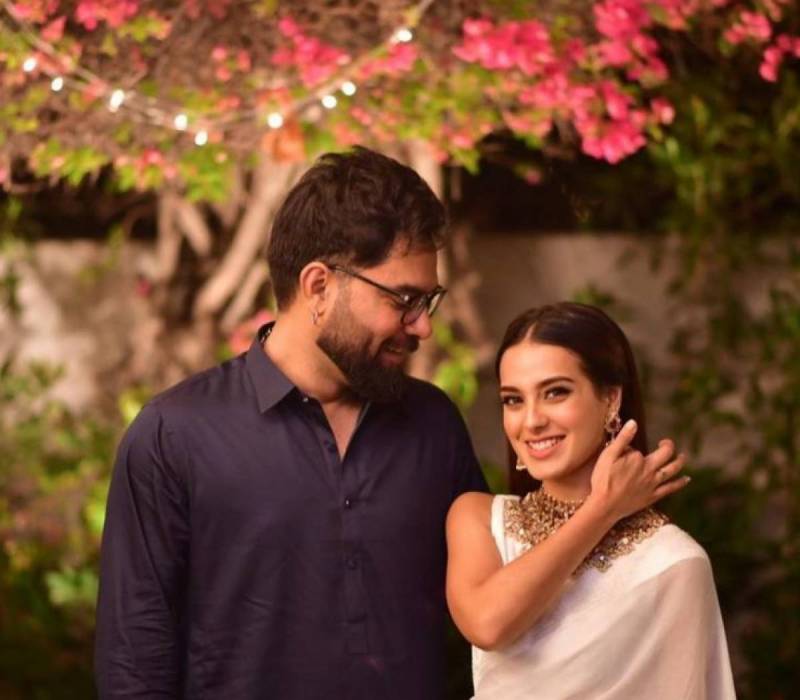 Iqra Aziz and Yasir Hussain are quite the power couple, given the Ranjha Ranjha Kardi actor is much loved through her body of work and the latter is always in the headlines for his strong opinions.

Recently, the Baandi actor appeared on director Wajahat Rauf’s digital show which consisted of multiple fun segments in which the questions were asked and the star made intriguing revelations.

Spilling the beans, the 37-year-old star shared his wife Iqra Aziz's stance on his second marriage. Hussain kept his answer hilarious and came up with a befitting reply.

Revealing that his better half would never allow him to marry again, Yasir stated that even if he had the permission he is already lucky enough to find his soulmate and tied the knot with her.

Earlier, Yasir and Iqra got hitched in December 2019 after Yasir proposed his lady love at the LSA 2019. They welcomed their first child Kabir in July, 2021.

On the work front, Yasir Hussain is all set to star in a suspense film with Ayesha Omar. The film is based on the life of the notorious serial killer Javed Iqbal.