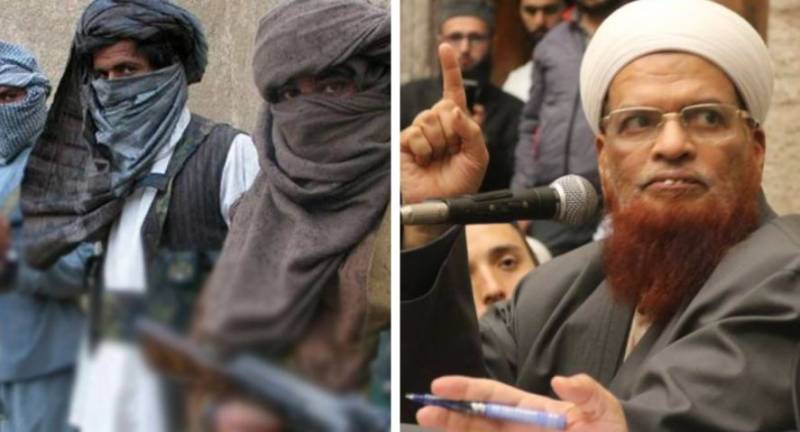 ISLAMABAD – Mufti Muhammad Taqi Usmani, the former member of the Shariat Appellate Bench of the Supreme Court, issued a religious decree rejecting the extremist approach of the terror group, calling them 'rebels'.

Addressing the Paigham-e-Pakistan National Conference, the noted scholar said those fighting against the Pakistan Army and involved in anti-state activities are rebels.

Taqi, who was named among the top 500 influential Muslims, called hostile activities against Pakistan ‘haram’ and thus illegitimate and undesirable revolt.

He said attacking security agencies and carrying out terror attacks on citizens has nothing to do with Jihad. His decree was also adopted by scholars from other sects at the conference.

TTP 'opens to guidance' from scholars

The chief of the outlawed Tehreek-e-Taliban Pakistan (TTP) earlier justified the ‘holy war’ against Pakistan and said his group was open to guidance from religious scholars.

As the country’s north and southwestern regions bordering Afghanistan are caught in a wave of deadly attacks, the group behind the fierce attacks started justifying the attacks. Lately, the group chief Noor Wali Mehsud urged scholars to guide them as he expressed willingness to listen to all arguments happily. "If you think, we are doing wrong, please guide us and if you agree with our strategy, then I request you not to call us misguided, saying the names were given to them by the enemy," he said.

Noor Wali alleged that Pakistani forces attacked them despite the ceasefire agreement. Earlier this week, the Tehreek-e-Taliban Pakistan threatened Pakistan with attacks on key leaders of the country, accusing them of appeasing the West, especially the United States.

Almost a month after calling off the ceasefire, the terror group threatened to attack top leaders of the Pakistan Muslim League-Nawaz (PML-N) and Pakistan People's Party (PPP) who discussed action against the TTP at a recent meeting of the National Security Committee (NSC).

The terror group was involved in a number of deadly attacks including the 2009 attack other than the 2014 Peshawar school massacre that killed 150 people mostly minors. Pakistan in recent months has been particularly concerned at the strengthening of the Tehreek e Taliban Pakistan in war raged Afghanistan as a result of external financial and material support.