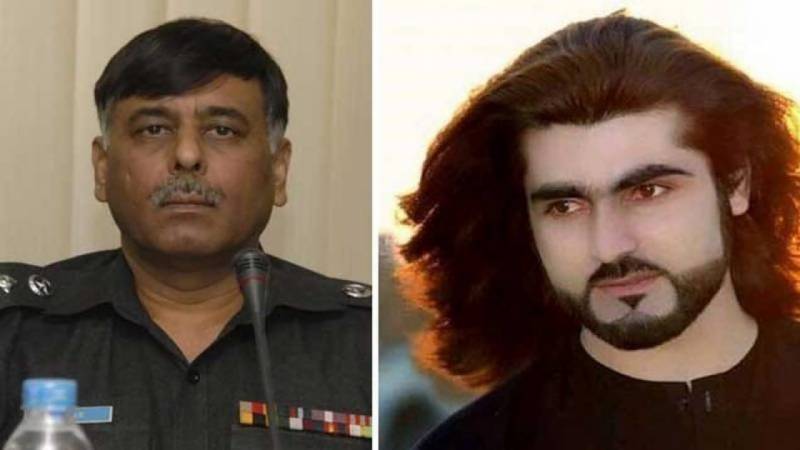 PESHAWAR – A movement for Pashtun human rights has announced to stage protest against acquittal of 18 suspects, including former Malir SSP Rao Anwar, in the 2018 Naqeebullah Mehsud murder case.

Taking to Twitter, Pashtun Tahafuz Movement chairman Manzoor Pashteen termed the decision of a Karachi-based court to acquit Rao Anwar and his accomplices in the case “cruel”.

He announced that protests will be held in every city and district on January 25 against the decision, adding that lawyers will also challenge the verdict in the Sindh High Court (SHC).

A day earlier, an anti-terrorism court in Karachi acquitted all suspects in the case, saying the prosecution has failed to prove its case against the accused.

On January 13, 2018, Naqeebullah Mehsud, the aspiring model, was murdered in controversial circumstances, triggering an outpouring of condemnations on social media and countrywide protests by civil society against Rao Anwar and his team.

Rao and others, indicted in the case on March 25, 2019, had denied the accusations.

During the prolonged trial, as many as 60 witnesses, including five eyewitnesses — Muhammad Qasim, Hazrat Ali, Sharoob Khan, Humayun and Afsar Khan — recorded their testimonies.

On Sunday, family members of the slain man and civil society representatives gathered in front of the Karachi Press Club to demand strict punishment for former SSP Anwar and his team ahead of the court judgement.

In January 2018, a police encounter took place in Shah Latif Town of Karachi under the supervision of Senior Superintendent of Police (SSP) Malir Rao Anwar.

Despite the verification by the center's officials, the police only gave the certificate to collect the body after four days. Everything you need to know about Naseemullah alias Naqeeb Mehsud Claims by the Police Senior Superintendent of Police (SSP) Rao Anwaar, who supervised the encounter, has rejected the family's claim that Naseem was abducted before he was shot dead in an encounter.

National Identity Card of Naseemullah alias Naqeeb Mehsud Naqeeb was involved in martyring a junior commissioned officer Muhammad Alam of Pakistan Army in 2007, and was also involved in the Dera Ismail Khan jailbreak in 2013.

He added that he had also killed his cousin Aijaz Mehsud in 2009 after he became suspicious of him for spying for the army. The SSP also told the media outlet that Naqeeb had served as a gunman for a top TTP leader Baitullah Mehsud from 2004 to 2009 and was motivated by his brother-in-law Sher Dawood Mehsud to join the terrorist group. According to the officer's account, the dead was trained by the TTP's Ustad Ali.