Huge Controversy: Ayyan Ali's first selfie after coming out of jail was not with Waqar Zaka 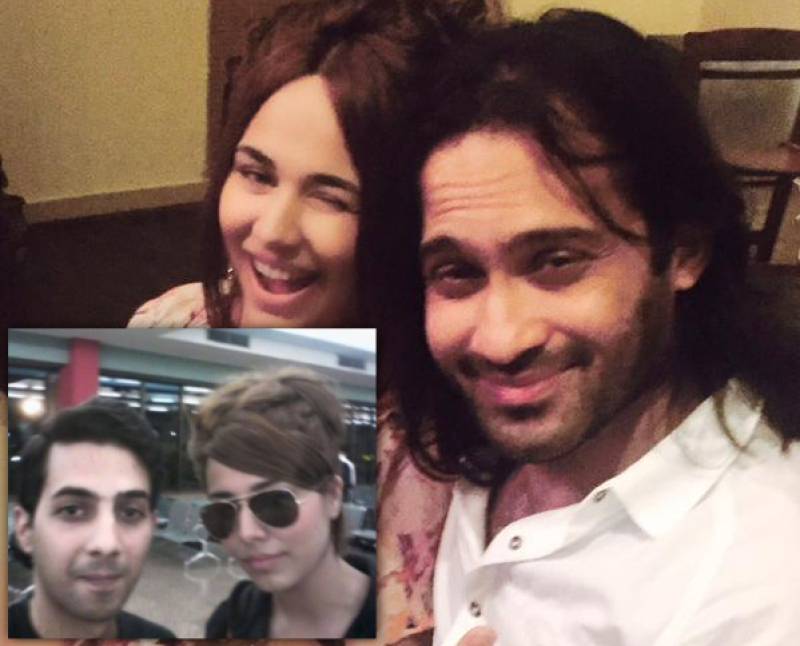 KARACHI (Web Desk) - It turns out that Ayyan Ali's first selfie after being released from prison was not her first selfie after all. A local musician by the name of Mehdi Mahloof has come forward and claimed that he was the first person to get that honor.

A fan of Mehdi Mahloof posted the selfie on his Facebook profile claiming that the selfie was taken before the alleged first-selfie with TV personality, Waqar Zaka.

Mehdi Mahloof also jumped into the controversy and 'beseeched' Ms Ali, via his official Facebook page, Mehdi Maloof Music, to come forward with the truth.

When asked how he managed to get a selfie with Ayyan Ali, Mr Maloof said that he managed to get it "through coincidence, passion and persistence." It is hard to know who is right and who is wrong at the moment. It is up to Ms Ali and Mr Waqar Zaka to clear the matter.

Mehdi Maloof is a local musician whose music was recently featured in BuzzFeed's list of 26 most underrated Pakistani songs.

Update: This is not satire.