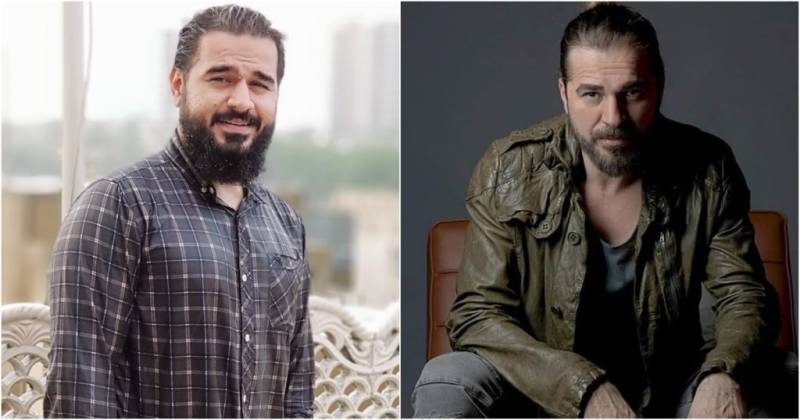 Seeing double? As if we couldn’t get enough of the cast of ‘Diriliş:Ertuğrul’ already.

The action adventure serial full of sword fights, has experienced such a meteoric rise in popularity in the country and has been smashing television records.

Recently, pictures and videos of a Karachi resident have gone viral on social media for his uncanny resemblance to Turkish actor Engin Altan who plays the lead role in "Dirilis: Ertugrul".

These two could legit be related. Forget about doing a double take! Altan's unbelievable twin, identified as Mustafa Hanif will have you checking three times!

Hanif, who runs his own Youtube channel, has gained popularity on social media as the "Pakistani Ertuğrul" and has garnered countless compliments from users.

"My name is Mustafa and many people in my office had watched Diriliş: Ertuğrul before it even came into Pakistan or started airing on PTV. I was often told that I resemble the leading character of the serial but I never paid much heed to it. Then when my own family started watching the show and said the same, I watched it too and was baffled," Hanif said in an online interview.

The mega-hit series is currently running on Pakistan Television (PTV) with Urdu dubbing.