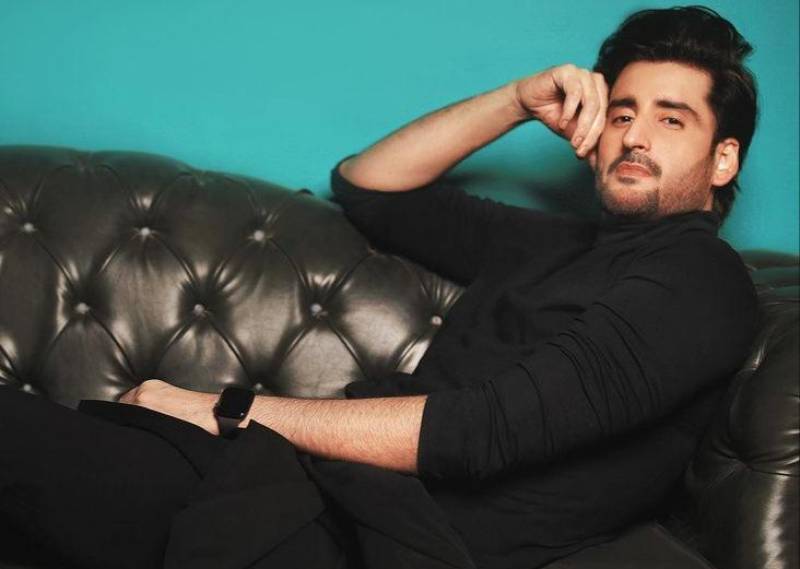 Dil-e-Gumshuda star Aagha Ali is gearing up for his directorial debut after wooing the audience with his acting and singing talents.

Turning to Instagram, the 35-year-old made the announcement of stepping into the world of directing.

He shared the poster of his first film, Raat Dou Log Ek Mulaqaat, as a director and penned a gratitude note:

"Super happy and proud to announce this one. This is not just my Directorial debut but my first one as the Producer as well. I present to you the first official Poster of “RAAT”", he wrote.

He has not only made his directorial debut in this film but he is also the producer of this film. The upcoming short film stars Ali and Hina Altaf.

The Band Khirkiyan star is one of our most talented actors. While the actor had to struggle in his initial days in PTV dramas back in 2011, he later shifted to Karachi and made his mark in the industry with his impeccable acting skills.

The celebrity sweethearts Hina Altaf and husband Aagha Ali have a huge fan following. They tied the knot back in May 2020.

Celebrity sweethearts Hina Altaf and her husband Aagha Ali have a huge fan following. The duo makes a charming couple ...