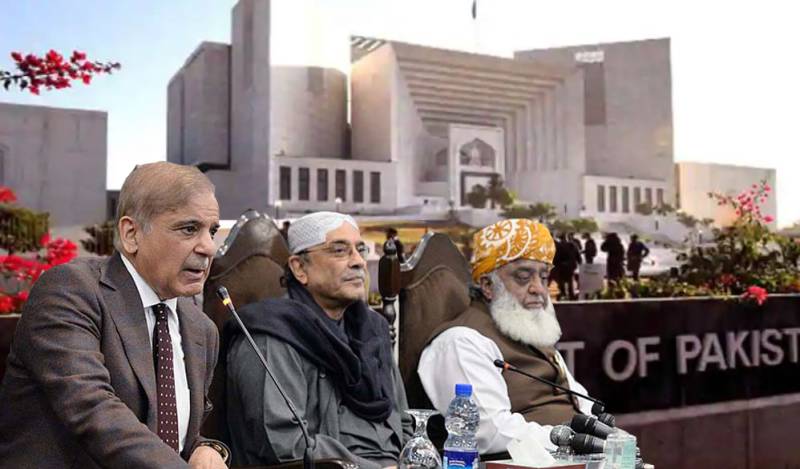 ISLAMABAD – The coalition government led by Prime Minister Shehbaz Sharif has decided to file a petition in Supreme Court to form a larger in the Punjab Deputy Speaker Dost Mazari’s ruling case.

Several members of the incumbent government rejected the term ‘trustee’ chief minister after the contentious Punjab chief minister's election on July 22 where PML-Q’s 10 votes were disregarded by the deputy speaker Dost Mazari.

The daughter of former premier Maryam Nawaz also disapproved the court decision and mentioned that if courts repeatedly make specific decisions through the same bench, then we should not be expected to accept such ‘unilateral decisions’.

On Saturday, the apex court directed that Hamza Shehbaz would remain as a ‘trustee’ chief minister of Punjab by the next date of hearing, July 25, after the lawyer representing the deputy speaker of the provincial assembly could not satisfy the bench over the latter's ruling.

A three-judge bench, comprising Chief Justice of Pakistan (CJP) Umar Ata Bandial, Justice Ijazul Ahsan, and Justice Munib Akhter, also directed that the PML-N leader would neither use his powers for political gain nor take major initiatives or decisions until then.